What are the Consequences of a Robbery Conviction?

If you don't know, California Penal Code 211 PC robbery has been declared a strike under the California Three Strikes Law and the legislature of California.  It is characterized as a violent felony because usually, somebody's doing something violent during the robbery, whether using force or fear to take somebody's property away. PC 211 describes the crime of robbery, which is considered a type of theft crime offense.

Most times, a robbery will occur where the property is taken away from the person's immediate presence. Still, there are examples of no force or fear used to take the property, but the robber uses the force or fear during the escape.  That's called an Estes robbery. It's the same as a regular robbery.  It comes with the same penalties and consequences.

For example, the person would be looking at serving 85% of whatever time they get in either county jail or prison.  As far as robberies go, the prosecutors in Los Angeles County have a policy that any conviction for a robbery, the individual is sent to prison.  Usually, it's for a minimum of two years.

There are exceptions to that rule.  Those pretty much have to do with what they characterize as unusual circumstances, meaning there's something unique about the robbery.  Something unique about the individual committing the robbery takes it outside the regular category of robbery. Our Los Angeles criminal defense attorneys will review this topic in more detail below.

There are many different ways that a person can get charged with a robbery.  There are strong-arm robberies where someone runs up and snatches somebody's purse or jewelry. 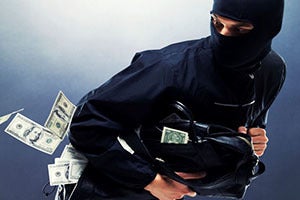 I had one case where the client met an individual at a Starbucks to buy an expensive Rolex watch and snatched the watch away from the person and ran out of the Starbucks.  That was characterized as a robbery.

It's a high-dollar item, but no force or fear was used. The defendant was young, so we could characterize that as a unique situation versus the usual strong-arm robbery where someone is grabbing something from somebody or threatening to kill somebody, for example.  That's the fear element to take their property away.

So, the prosecutors are often starting with a 12-year prison offer at 85%.  If they're offering you anything less than that, they think they're giving you a gift.  So, that gives you a feel for what happens with these robbery cases.

Then you get the conviction, and now you've got a robbery on your record that you can't get off.  It's challenging to gain employment, and if you were to pick up any new felonies, the robbery starts to put you in a position where your sentence could be doubled from what it usually would be under the Three Strikes Law.

Avoiding a Robbery Conviction in California

So, many times, what I'm doing as a criminal defense attorney in these robbery cases is that I'm trying not to get a robbery conviction.  Sometimes they have the evidence on my client.  They committed the robbery.  There are witnesses.  They admitted it.

There's a whole host of other evidence that can be used against them, so I have to figure out how I will avoid this robbery conviction?  I have to try to take the person outside the gamut of what a robbery usually is — outside that violence gamut — that threat of fear — and put it inside a different category. One crime that I've used successfully in place of robbery when my client is guilty of the crime and will have to take a conviction is grand theft person, Penal Code Section 487c PC. That is not strike.

It can even later be reduced to a misdemeanor if the deal is set up right.  So, that's one crime that can be useful in a robbery case.  There are other crimes, but that one usually tends to make the most sense because if somebody is being charged with robbery, that person has taken property away from a person by force or fear. It sits well within that Penal Code § 487c – Framework.

So, getting another crime besides robbery is one of the things that we want to do.  Keeping the person out of prison is another thing we want to try to do. So, there are a lot of different considerations and many various aspects of a robbery case depending on the person's criminal record.  Some people are young and have no record; other people have records.

Your only hope of having a good run at defending yourself if there are some aspects of defense or getting a lesser charge or avoiding prison and a strike is to have a criminal defense attorney who knows how to handle these robbery cases in Los Angeles.