Sentencing Depends on the Type of Criminal Case

If you or a loved one has been charged with a criminal case in Los Angeles, one of your significant concerns is going to be what will determine your sentence. The reason for that is because a sentence includes what your punishment is.  In other words, are you going to go to jail?

There's a whole slew of different punishments depending on the exact type of case you have.  For example, in a sex crime case, one of the most extensive punishments that people want to avoid is having to register as a sex offender under California Penal Code 290 for the rest of their lives and being put on the Megan's Law website.

If you're being charged with a murder case under California Penal Code 187, you're trying to avoid a life sentence.  In other words, a sentence that has life pushed on the back of it. Suppose you're being charged with a felony DUI under California Vehicle Code 23153. In that case, you're trying to avoid losing your license for many years being sentenced to prison because you've hurt somebody during that DUI. 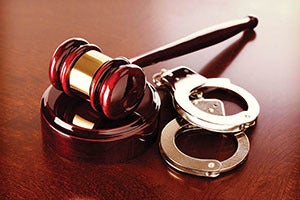 I can go on and on and on about these sentences.  The type of crime will determine a sentence. See California Criminal Jury Instructions for more information. As you're probably starting to gather, a penalty is particular to a defendant.  In other words, it's not going to be the same sentence for every single defendant.

In addition to looking at the type of crime you've committed, which is very important, they're also going to look at the kind of person you are.  Are we dealing with somebody who has no criminal record?  Has ever gotten even a jay-walking ticket or a speeding ticket?

Type of Damage to a Victim

Other factors that they look at, they're going to look at the type of damage that the defendant caused to a particular victim in a case.  Did the victim lose thousands of dollars that the defendant can't replace? Was the victim seriously injured to such a degree that they're going to have permanent injuries that are irreplaceable?  In other words, you can't put them back in the place that they were.  These are the types of things that drive a sentence in a particular criminal case.

What happened to the victim?  What role did the defendant play in that?  Are there multiple defendants in a case, or is it just one?  These are the type of considerations that judges and prosecutors have. No one thing when it comes to Los Angeles criminal defense; when it comes to sentencing and penalties, the prosecutors and judges are looking out for themselves. You have to think about it common sense and logic when I say that.

They're looking at, if I sentence the person to this and I give the person a break, for example, which is what the defense is usually trying to argue, will it come back to haunt me. In other words, let's say somebody gets a DUI, and maybe it's on the borderline of whether a person does jail or not, and the prosecutor or judge says we're going to go ahead and give him a break.  We won't give him any jail time.  We'll give him a warning.

We'll let him do some community service, and then fast-forward ahead a year, two years, three years, that same person gets in a car, drinks, drives, runs somebody over, and kills them.  Now that prosecutor's colleagues and that judge's will look at them and say, you gave this guy nothing.

You didn't even give him any jail time.  There were warning signs here.  This person is dangerous, and you didn't do anything and now look, they've killed somebody.  So, that's what they're looking out for.  That's what you have to understand.

So, when we sit down, talk about a case, and argue sentencing to a judge, we need to say from this frame of reference.  When I sit down and negotiate cases, that's the frame of reference I'm dealing with. In other words, because they're worried you're going to do something else wrong, I'm going to show them all the good stuff you're doing in conjunction with what happened in this one single incident — this aberration — of course, if I have this argument, and be able to say, this person has a great job.

This person is a father, a mother.  This person has many character letters that say lovely things about them.  Maybe this person was at a difficult point in their life, and it's not going to happen again. You won't have to worry about this particular person because they're not going to be back in front of you.  This is the type of argument that will make a difference in a sentencing case — to be able to convince the judge or the prosecutor or both to give the person a break.

Give them the benefit of the doubt.  Give them a chance to show that they can be a productive member of society and they're not going to do this again. So, you have to look at where the defendant is.  You have to look at the impact on the victim of the crime, and you have to argue to a frame of reference that a person is worried that if they give the person a break, it will come back to haunt them.

Sometimes when I have a defendant that's deathly fearful of going into custody, I make sure that I do everything I can to get a resolution that they don't have to go to jail. But sometimes, there's a trade-off for this.  In other words, we want to say to the prosecutor this person can't go to jail.  They're scared of death or prison.  They're not going to commit any more offenses because they do not want to risk going to jail.  Give them this.  This is a worse punishment.

This will teach them more than putting them in jail, especially since the Los Angeles County jail system, which is overcrowded, has so many inmates in it, and people often do a much smaller percentage of the time.

Percentage of Time in Jail

That's another thing that you have to look at.  If you get jail or prison time, what percentage of that time are you going to do?  That's going to be driven and dictated by a few different factors.  Number one, what type of crime did you commit?

Did you commit a half-time crime where you probably end up doing somewhere between 10% and 25% in the county jail if you end up getting probation?  Did you commit a serious or violent felony where you're going to be ordered to serve 80% or 85% of the time in prison?

You also want to look at Proposition 57, which allows people to serve a fraction of the time even if they go to prison on time.  So the sentencing and the percentages of time have gotten very complicated, and they've changed multiple times over the last six months, as I put this post in 2020.

So, these are things you have to look at; you have to consider, discuss with your criminal defense attorney and make a good decision on exactly how you're going to proceed with the case, what type of factors your attorney is going to argue related to your sentencing and your punishment in your criminal case in Los Angeles. Hedding Law Firm is based in LA County and offers a free case review by phone or our contact form.