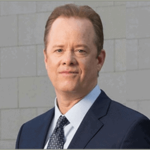 What Makes Ronald D. Hedding Uniquely Qualified To Represent You?

I have now been defending sex crimes since the early 1990s. I started getting a complete view of a criminal sex crime when I worked for the District Attorney's office in East Los Angeles. Then I shifted over and began to work for a Superior Court Judge as his research attorney.

This initial experience was invaluable in figuring out how to (1) defend sex crimes and (2) negotiate sex crime cases.

You have to realize that the District Attorney's office in Los Angeles and many surrounding counties in California are like a corporation. It has a power structure. You have the prosecutor in charge of a particular case, and then you have leadership above that prosecuting attorney.

So, the leadership will consist of supervisors, assistant head deputies, and then the entire power structure of the DA's office.

When it comes to some of these more serious sex crime cases, understanding how the hierarchy of a DA's office works is crucial in negotiating and resolving these cases.

Many of the more serious sex crime cases that I've handled over the years will not be resolved through discussions with the prosecutor assigned to the point.

The reason for that is that the prosecutor does not have the authority to make an offer to settle the case.

They must go through their boss, but it is important how they feel about the case because the boss will specifically ask them about their feelings and how they're viewing the topic in reaching a decision.

Often, that prosecutor is going to give the boss certain information that may or may not be advantageous to the criminal defendant.

Also, with a background of working for a Superior Court Judge, I see how judges figure out how to resolve cases, what matters to them, when they'll get involved in a criminal sex crime case in attempting to fix it, and when they won't.

And then, of course, probably the most invaluable experience I have been being a criminal defense sex crime attorney since 1994. Not too many people can say this.

Not many people know how to handle sex crime cases effectively, and not too many people have the trial record that I have, having defended over 250 criminal cases at the defense level. There's a lot of people who have prosecuted criminal defendants, but who cares about that:

Many of the attorneys I see on the internet have only been criminal defense attorneys for a brief period. They're not battle-tested.  They don't know what it's like to have the total weight of the government against you.

They don't know what it's like to have a judge, who is a former prosecutor, on the case, trying to help the current prosecutor convict your client.

These are the types of things that the best criminal defense sex crime attorneys know how to deal with and how to handle. I'm battle-tested. I'm forged in fire.

I've been doing this for a long time with a lot of success, defending my clients at the trial level and negotiating cases, and going through the power structure of the DA's office.

So, if you're looking for the best sex crime criminal defense attorney, you've come to the right place.  Pick up the phone.  Ask for a meeting with Ron Hedding.  You'll notice that this introductory statement is written in the first person, and that's because I'm the one writing it.

If you look at any other criminal defense so-called sex crime attorneys, most of those attorneys are not putting videos out there.

This is because they are not good speakers, and number two because they can't make a video and put something out there that will convince a client to hire them.

Another thing you're going to notice is a lot of the content on their sex crime websites is written in the second person, and that's because they're not the ones writing it.

Do you want to get advice and information from somebody who's been in the courts defending jury trials, negotiating sex crime cases all over California?

I have been handling federal sex crime cases all over the nation> You don't want a website company giving you the information. That's what you have to think about.

Check out my record. Check out what I've done. Pick up the phone. Ask for a meeting with Ron Hedding, and I will do everything to help you.