Los Angeles County and the San Fernando Valley have a lot of different gangs, and the police are out in force attempting to arrest and convict those who are involved with gangs and who are committing crimes at the instruction or benefit of a criminal street gang. The language you're looking at in trying to evaluate whether somebody can get convicted is what I would characterize as a gang enhancement, and that's under California Penal Code 186.22.

It says that every person that actively participates in any criminal street gang with knowledge that the members engaged in or have engaged in a pattern of illegal gang activity and who willfully promotes, furthers, or assists in any felonious criminal conduct of those members is guilty of the Penal Code Section 186.22. See related CALCRIM 1401 – Felony Committed for the benefit of Criminal Street Gang.

The Pattern of Criminal Gang Activity

When they talk about a pattern of criminal gang activity, that means someone who is committing or soliciting someone to commit certain crimes for the benefit of a criminal street gang. This is a pretty serious crime.  It is meant to sting gangs where it hurts and put gang members involved in gang activity away for many years.  So, in many of these cases, they end up packing on ten years in prison at 85% to the back of somebody's sentence. 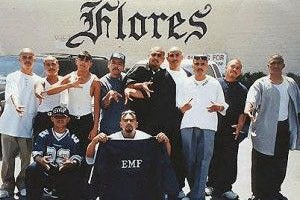 That's why many of these gang members face so much time or serve so much time if they end up getting convicted of a crime and then have to sustain a gang allegation.

Now many defendants think that the defense is that they're not in the gang and can't prove I'm in the team.  Of course, the police are ready for this.  They've got what they call FI cards where they come in contact with a person out in the field.

The reality is, you don't have to be a gang member to get hit with this gang enhancement, believe it or not.  All you have to do is be associated with the gang and do stuff that helps the team get you.

One area that we can try to defend some of these gang allegations is sometimes people commit crimes to benefit themselves, and they happen to be gang members at the same time. So, this argument can sometimes win the day under the right circumstances.  The crimes that benefit gangs are when you're shooting other gang members.  Those are probably the best example where prosecutors can prove that somebody's committing a crime for the gang's benefit because they're going after other gang members.

It shows their strength and power and deters the other gang from doing anything to them.  So, this makes more sense than somebody going in and robbing a liquor store because they need money or they need drugs; trying to argue somehow this benefit is for the use of a street gang, to me, is a much more difficult nebulous argument.

So, if you or a loved one has a gang allegation attached to the back of their crime, pick up the phone, make the call, and I will put my 26 years of experience to work for you. Hedding Law Firm is a team of experienced criminal defense attorneys located at 16000 Ventura Blvd #1208 Encino, CA 91436. Contact us for a free case evaluation at (213) 542-0940.