What Can I Do if Involved in Hit and Run Causing Death?

California Vehicle Code 20001 VC defines the crime of felony hit and runs causing injury or death. Put simply; this statute prohibits leaving the scene of a car accident when someone was injured or killed, regardless of who was at fault in the accident.

In other words, if the other driver was clearly at fault for causing the collision, and you just left the scene, you could be charged with violating VC 20001 felony hit and run felony. Vehicle Code 20001 VC states:

You are legally required to stop and exchange contact and insurance information with the other driver. If the vehicle collision resulted in injuries to another person, then a failure to stop could result in felony charges being filed against you. Some common examples of violating VC 20001 felony hit and run law:

For more information, our Los Angeles criminal attorneys are providing a review of the law below.

How Can a Felony Hit and Run Case Be Proven?

A prosecutor must prove several factors to convict you of violating Vehicle Code 20001 VC. 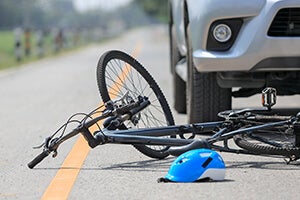 These are called the “elements of the crime” and listed under CALCRIM 2140 California Criminal Jury Instructions, that:

As stated, Vehicle Code 20001 is a “wobbler” offense that can be charged as a misdemeanor or felony crime. If convicted of a misdemeanor hit and run, the penalties include up to one year in the county jail, and a fine of up to $1,000

If convicted of a felony hit and run, the penalties include up to four years in the California state prison and a fine of up to $10,000. It's worth noting that the judge could decide to impose felony probation rather than incarceration in prison.

Believe it or not, Vehicle Code 20001 VC felony hit and runs happen all the time, and unfortunately, death results, and the person involved leaves the scene many times.  They were either:

There are all sorts of reasons why people leave the scene where an accident happens, and they know they may have seriously injured or killed another party.  Sometimes the victims are on foot; other times, the victims are in a car. The first thing you can do is meet with a criminal defense attorney like me who's been handling these hit and run cases causing death now for almost 30 years.  What that will do for you is:

At least with this information, you start to get some control back of your situation instead of being worried and looking over your shoulder. Did somebody get your license plate, are they able to track your vehicle, did somebody follow you, are you going to be arrested? At least you'll have an attorney with you that knows what they're doing and knows how to handle these types of cases; answer all your questions, so you know what you're up against.

I think the second thing is, if something does happen — you get arrested for California Vehicle Code 20001 VC felony hit and run, then you will already have an attorney on board. Someone who knows your case and someone who knows your situation and can act immediately to try to get you out of custody. 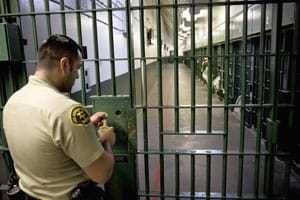 What will end up happening if you get arrested for a hit and run where the death occurred? Within a couple of days, you'll be brought in front of a magistrate/judge.

Then, you'll be given your charges, and obviously, your entitled would be entitled to be there.  A new court date will be set, and the judge will deal with bail. Bail is going to be dependent on several factors.  First and foremost:

There will be a presumptive bail that the judges have come up with for whatever charges there are.  Of course, your attorney will be able to argue your bail for you. They're assessing, number one, whether or not you're going to be a flight risk and a danger to the community, number two.  The more dangerous the prosecutors can argue that you are, the more likely your bail will be significant.

Taking Command of the Hit and Run Case

Step number one is getting to an attorney.  When they meet with me, please tell me the truth about what happened.  Anything that we discuss, even if you decide not to hire me, is confidential. So, because you have that confidentiality and the ability to talk to the attorney and give him all the information regarding your situation, you should feel secure, be honest with the attorney, and tell them what's going on.

But know that if they catch you because you didn't deal with the case and you just buried your head in the sand, they're going to be much harsher on you when it comes to bail. Also, when it comes to your punishment, the judge and the prosecutor, and any potential jury, will have the perception that you were never going to turn yourself in.

That you were never going to come to justice for what happened, and they'll use that against you to give you a much higher sentence and a much more severe punishment. I stand at the ready to help you to get you moving in the right direction — give you some of your peace of mind back, protect your rights, your interest, and your freedom.

Related Content: Difference Between a Felony and Misdemeanor Hit and Run