California Penal Code 487 PC describes the crime of grand theft as unlawfully taking someone's property that exceeds $950. Grand theft is another California “wobbler” offense, meaning the prosecutor has the discretion to file misdemeanor or felony charges, depending on various factors.

If the property is valued under $950, a petty theft charge will usually be filed, which is always a misdemeanor offense. A typical example of a PC 487 grand theft charge is when someone shoplifts high-value items totaling over $950 from a department store in the mall.

Another grand theft example is when an employee embezzles thousands of dollars from their employer. Our Los Angeles criminal defense lawyers review the laws below for more information.

What is the Definition of Grand Theft in California?

Penal Code 487 PC defines this type of theft-related offense as “Grand theft is a theft committed when the money, labor, or real or personal property taken has a value that exceeds $950.” There are different ways to commit a PC 487 grand theft depending on the type of charge, such as:

What Type of Property Can Grand Theft Charges Apply?

As stated, Penal Code 487 PC defines grand theft as stealing money, labor, or real or personal property, which can include various everyday items, including the following: 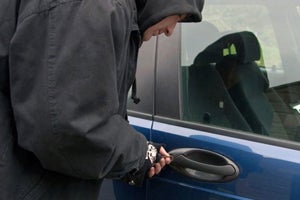 The classification of grand theft is related directly to the stolen property's value. Over $950 is grand theft, while under is petty theft.

What Are the Penalties for PC 487?

As stated, Penal Code 497 PC grand theft is a “wobbler” that can be charged as either a misdemeanor or felony. The prosecutor typically bases their decision on the case's specific circumstances and the defendant's criminal record.

What are the Related Crimes for Grand Theft?

Will I Go to Jail for a Grand Theft Charge in California?

Grand theft is a pretty common charge that I see in Los Angeles County courts.  It usually involves somebody stealing money, merchandise, or property worth over $950.00. It can be charged as a felony or a misdemeanor.  It's a wobbler.  It's not necessarily a white-collar crime, but you do see a lot of non-violent activity going on that results in a grand theft charge.

Nobody wants to have a grand theft charge on their record, and you could end up getting a prison sentence or a jail sentence, depending on several factors. Probably one of the most significant factors that they're going to look at in deciding whether they're going to send you to jail or prison is:

One of the first questions I ask people when they call in and tell me they've got a Penal Code 487 PC grand theft charge is what's the value of what they're claiming that you are involved with taking? Because I know that's going to be one of the significant deciding factors and how they handle the case — whether they're trying to send the person to jail or whether some other means can be worked out.

Another factor they will look at in a grand theft case in Los Angeles is the person's criminal record.  If you've got a clean record — never had any problems before. That puts you in a pretty good position to avoid jail or prison. If, on the other hand, your record is marred with numerous convictions for theft-related offenses, you've got any strikes on your record — that's going to put you in a challenging position.

Then the prosecutors will be saying that this guy hasn't learned.  We need to give him a harsh sentence, and then he'll figure out that he has to stop stealing from other people.  That's the mentality I hear in court every day when I go.

Paying the victim back

I think another big concern about going into custody if you've stolen something is whether or not you can either pay the money back that was taken, or return the item or value for the item or items taken.

The prosecutors and even judges, to a large degree, feel that it's part of their job to make people whole when it comes to these theft-related offenses. If you can get the money or the property back — if you pay it upfront and complete the alleged victim whole and bring them back where they were before, now you put yourself in a position to try to avoid jail or prison time.

I'm very successful at negotiating cases where the evidence is solid against my client from the prosecution's standpoint. Still, we're able to pay the money back and get the person back where they were before the theft occurred. That gives us a nice piece of leverage, especially in today's prosecution view as far as the District Attorney goes who's prosecuting felonies, who are prosecuting these grand theft cases in Los Angeles.

He believes that people shouldn't be going to jail and prison for theft and drug-related offenses.  It should be more violent felonies that send people to prison or jail. So, with that policy combined with a good strategy and a great attorney by your side, you're now in a position to get the result you're looking for.

Getting an Impossible Successful Result

Under Penal Code 487 PC in California, grand theft is defined as theft of real property, personal property, labor, or money from another individual with a loss amount of $950 or more.

Grand theft is a catchall crime commonly used to prosecute many forms of theft, whether accomplished by fraud, trick or simply physically taking items without permission. I've been practicing now for almost 30 years, and I've never seen something like this, where: 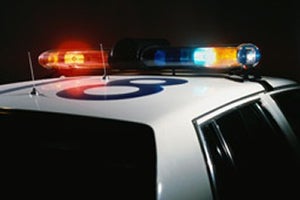 Usually, in the time that I've been practicing, if the prosecutor could prove that the three individuals had done that, everybody would be going to prison for as long a period as they could come up with.

This has been unheard of since the early 1990s since I've been practicing, and I think well before that. But when you get a good plan together and are patient, the time is right to get that best resolution.  That's when you strike. That's when the best criminal defense attorneys know what it takes to get the result and for a grand theft to be filed like that and end up with a no-time deal. 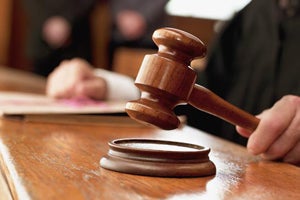 Not even custody time in the local jail is one of the most fantastic results I've ever seen.  My client's a young man.  He didn't have to go to jail or prison.  I know he was apprehensive about that.  He has a job.  He has a family.

So, the bottom line is this — where there's a will; there's a way.  You're charged with a crime; you're scared to death, I understand.  I know what fear is like.  I've been defending criminal cases for a long time.  I'm here to help you.

Pick up the phone.  Ask for a meeting with Ron Hedding.  I don't care what your situation is.  There's always hope. We'll sit down; we'll get the plan together that makes sense for you, your circumstances, your family, your job, your future, your career — and we will do everything possible to get you the best possible result.

If you're charged with grand theft or any crime in Los Angeles County, you've come to the right place.

What I do is have you come into my office.  We sit down and go over all the details of what happened.

In this manner, when I meet up with the prosecutors and when I deal with them, I have all the information from your perspective, and then we'll talk about what you're facing, what you're looking at, and what you and I are going to each do to make sure that you get the best result.

I've been a criminal defense attorney helping people just like you to stay out of jail for nearly three decades.

Pick up the phone now and take the first step.  Ask for a meeting with Ronald Hedding. Suppose you are facing California grand theft charges. In that case, you need information from somebody who goes to court every day and who's answering your question about whether or not you're facing a jail or prison sentence.