What Is the Constitutional Law of Police Stops?

When somebody is driving their car on a California street or highway and not doing anything illegal, police officers can't legally pull them over on a traffic stop.

Simply put, police must have probable cause to pull someone over, generally described as any evidence that makes a reasonable person believe a crime might have been committed or when the crime evidence is present in the place to be searched. 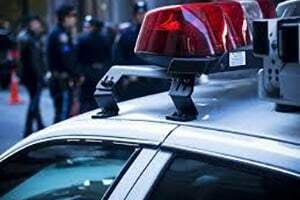 In other words, probable cause gives law enforcement the legal authority to pull you over on a traffic stop.

For example, in their report, a police officer will usually say they were justified in pulling you over because they observed some type of traffic law violation, such as speeding, running a red light, driving without headlights, weaving across lanes, reckless driving, etc.

Suppose the police pull you over when you did not commit any traffic violation. In that case, they may have violated your constitutional rights.

Suppose the police pull you over on a traffic stop on suspicion of driving under the influence (DUI) and want to conduct some field sobriety tests. In that case, they must follow some specific guidelines under the law.

Suppose the police pulled you over without any reasonable cause and seized some evidence of a crime inside your car.  In that case, the evidence could be found inadmissible in court.

All motorists on California highways have Fourth and Fourteenth Amendment rights against unreasonable police search and seizure and similar rights under the state's constitution.

The United States Supreme Court and the California Supreme Court ruled that these rights mean that police can't make a traffic stop without having reasonable suspicion that a crime is occurring.  Let's review this topic in more detail below.

Why Do the Legal Grounds for Police Stops Matter?

The legal arguments over whether police had reasonable suspicion for a traffic stop are relevant to the outcome of driving under the influence (DUI) cases. 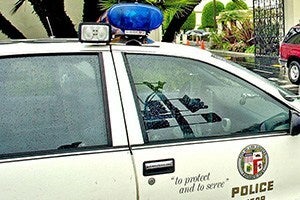 Of note, however, is that the exclusionary rule has many exceptions. But, if the police did violate legal rights against unreasonable search and seizure by stopping you without a justifiable reason, any evidence they gathered could be found inadmissible in a court of law.

Procedural rules in criminal cases allow defendants to challenge their criminal charges. For example, a DUI attorney could act by filing legal motions against evidence gained from an illegal traffic stop. Suppose a judge grants their motion. In that case, the judge could dismiss the charges.

Can a Prosecutor Reduce or Dismiss DUI Charges?

Yes. Any valid arguments for excluding evidence due to police misconduct could convince a prosecutor to reduce the charge or drop the case.

Any traffic stops where the police lacked reasonable suspicion will place all the evidence at risk of exclusion. The evidence doctrine, known as the “fruit of the poisonous tree,” typically bans all other evidence from the initial illegal search and seizure.

What Are Some Examples of a Lawful Traffic Stop?

Police usually record the driver's actions they observe to justify their traffic stop on suspicion of driving under the influence.  A lawful police stop on reasonable suspicion typically follows the same patterns, such as the following:

Yes. A DUI sobriety checkpoint is considered an exception to the Fourth and Fourteenth Amendments' reasonable suspicion requirements.

The United States Supreme Court ruled that sobriety checkpoints are proper and legal administrative inspections even though there is no specific cause to stop drivers.

But this does not mean there are no rules for police to follow. The California Supreme Court has confirmed that there are several requirements for sobriety checkpoints, such as the following:

How Can You Fight a DUI Case?

Suppose you are the victim of an unlawful police stop. In that case, you can challenge any seized evidence deemed inadmissible in court. 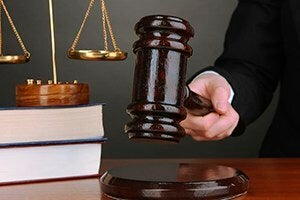 Perhaps we can uncover the truth about the police stop that led to your DUI arrest. We can also closely review the field sobriety test and breath or blood tests administered after the traffic pullover.

If you were arrested at a sobriety checkpoint, we would examine whether it was set up lawfully. As noted, police have to follow specific rules and procedures.

Suppose you have been charged with California Vehicle Code 23152 VC DUI charges or Vehicle Code 23153 VC DUI causing an injury. In that case, we can help you and can protect your driver's license at the DMV hearing.

You can contact our law firm for a free case evaluation by phone or using the contact form. The Hedding Law Firm is located in Los Angeles, California.