So, a lot of times, I'll have clients who commit domestic violence-related offenses in California in one of the Los Angeles courts, for example, and they live in a different state, so they're going to be on misdemeanor probation which will allow them to go back to their home state.

If you get to court to tell the office that you're allowed to do it in your home state, let's say New Mexico, for example. They're going to tell you which programs are approved in New Mexico, and you coordinate doing the program in your home state. Then that gets back through the domestic violence counseling center for the courthouse where your case is pending, the judge sees it, and then you're good.

As a courtesy to my clients, I will often take the paperwork in for each progress report to show proof that the person is progressing in their batterer's or domestic violence intervention program until it's completed. Then you don't have to appear in court usually anymore because that is usually the most extended term and condition of anybody's probation and domestic violence case. 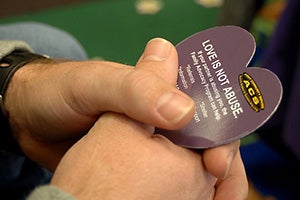 But go on the internet and start looking around. Throughout California, you'll see there are these domestic violence programs, and basically what it is is a course, classes where people are being educated on how to control their temper.  A lot of times, people can't control themselves.

You'll get away from that person, and you'll keep yourself out of harm's way so that the police do not come and arrest you again and charge you with a more severe case because now it's a second-time domestic violence offense. You're violating your probation, so you'd be looking at a new criminal charge if you were to batter your significant other and the probation violation as well.

So, these batterer's courses are essential also because a lot of times in Los Angeles County, the judges are issuing full protective orders against a defendant in a criminal case related to domestic violence, so that means you can't see your significant other at all.

If you're caught by the police seeing your significant other or interfering with them in any way, you will violate your probation you will get a new criminal charge.

Often, what the judges will do is order the full stay-away in the protective order and make it a level one protective order, which means that you can still see the party; you can't do anything violent to them. One of the huge factors that the courts look at is if you've substantially done some work in your domestic violence program.

So, if you've done half of the 52-week course, you have a pretty strong argument for letting the judge lift the full stay-away so you can see your significant other. If you're not progressing in your domestic violence program, you have a bunch of absences, or you get kicked out of the program, you can pretty much forget getting that protective order lifted.

So, that's one crucial thing, and that's why I do a lot of times in these domestic violence cases is I will have my client start going to the domestic violence classes very early. Even before they end up going to criminal court so that when we get to criminal court, we can try to make a perfect pitch to the judge that you shouldn't have a complete stay-away order, that's where you live; you don't have the financial means to move to a separate area.

But suppose you've got a bunch of domestic violence course classes under your belt going into that first arraignment. In that case, it puts you in a much stronger position to try and get a level one protective order where you can still live with your significant other.