Receiving stolen property is a common crime in California, especially in Los Angeles County. Many courts handle these theft crime cases quite harshly if the property value is significant.  In other words, the more significant the property value, the more likely the prosecutors are to want jail or even prison time, depending on the circumstances involved. 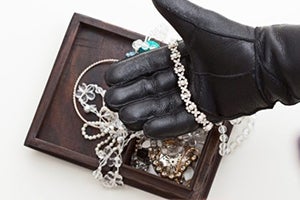 For example, if they've got some valuable property that somebody gave them, they don't have a good story or explanation for how the person would have given it to them for no reason. Also, they should know that the property is stolen, then that's how the prosecutors can prove that the person, under those circumstances, should have known that that property was stolen. Therefore, they can be charged with Penal Code Section 496 – receiving stolen property.

As far as what the prosecutors are going to do about a situation where they're able to show that somebody received stolen property, it seems to hinge a lot on the property's value.  In other words, if the property is precious, the prosecutors will probably want the person to do jail time and take a felony on their record.

If, on the other hand, the person doesn't have much of a record and the property does not have that much value, a lot of times those cases will be filed and prosecuted as misdemeanor cases, which is much better than having a felony on your record and looking at jail or prison time when that felony is filed against you.

So, suppose you've got a receiving stolen property case in Los Angeles or one of the Valley courts like Van Nuys. In that case, San Fernando, Valencia, Pasadena, Glendale, Burbank — these are all courthouses that are technically within the San Fernando Valley. They're the ones that cover the most ground in those particular courthouses.  You're going to want to get an attorney with a lot of experience in those specific courthouses dealing with receiving stolen property cases.

The first thing you want to decide if you've got one of these cases is whether or not you're going to fight the case or whether it's a scenario where you have to work out some deal. If you're going to fight the case, then what you do is sit down with an attorney like me.  We'll go over your defense.  We'll get it together.  We'll do the preliminary hearing, and eventually, we'll do the trial in the case, and we can prove that you're innocent.

If, on the other hand, they have the evidence to prove that you're guilty, then you're probably going to want to resolve the case by way of a plea bargain.  Usually, in these receiving stolen property cases, I'll set up a meeting with the boss who decides how to deal with these cases.

I will send a mitigation package with character letters and positive information about you to that supervisor. Then I'll sit down and meet with him face-to-face, and we should be able to iron out a resolution to take care of your receiving stolen property matter.

We want to get you out of the criminal justice system as fast as possible and hopefully keep you out of jail or prison, and set things up so that you can protect your record in the best possible fashion. Hedding Law Firm is located in LA County, and we offer a free case review.