How to Beat a Road Rage Charge

Road rage is described as someone overreacting to a perceived act on the road by another driver and then immediately deciding to express their anger in a violent or threatening manner. Most people will start by flipping off the driver while constantly blowing their car horn.  Further acts include shouting obscenities out the window, tailgating, hand gestures, threats, and driving in a swerving reckless manner. 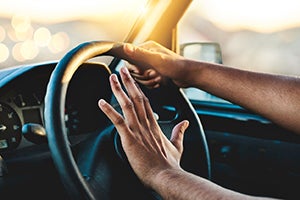 In California, road rage incidents can get charged with a crime and a DMV driver's license suspension. Not all road rage cases are the same and will depend on the facts and circumstances of the case. While there is not a specific California “road rage” statute, prosecutors will use related laws to charge someone, such as:

California Vehicle Code 13210 VC allows the DMV to suspend a driver's license for engaging in road rage behaviors for six months for a first offense and one year for subsequent offenses. Our Los Angeles criminal defense lawyers will closely review the laws below to understand better.

Depending on precisely what happened in the road rage incident, there is a wide range of options for prosecutors to charge the aggressor with a crime, such as:

What are Prosecutors Doing to People Involved in Road Rage Incidents?

Road rage now, especially as we're coming out of the pandemic and more people are on the road, is rampant:

When you think about what the police and prosecutors and judges are doing, I can tell you right now that I've handled a lot of these cases recently, and of course, of the period of the last 30 years, they are punishing people very severely.

They will try and put the person in prison.  They will try and set up resolutions that cause them to lose their driver's license. They're not messing around with those people who lose their temper on the road and do bad things to other drivers pedestrians and put peoples' lives at risk.  That's really what they're looking at.

Review of the Road Rage Details

So, if you or a loved one is charged with a road rage-related incident, one of the big things you want to look at is:

Suppose there wasn't anybody hurt, and there was no accident, and it was just some sort of yelling or reckless driving. In that case, you're in a much better position than somebody who, on the other hand, got involved in some violent confrontation. Right now, there's a lot of video evidence going around in these road rage cases, and the police are arresting people left and right for road rage-related incidents in Los Angeles and the San Fernando Valley.

Review of Best Strategy to Fight the Case

The first thing you want to do is if you or a loved one is charged in one of these incidences in LA County or any of the other Valley courts or anywhere in, for that matter, in the 38 courts. 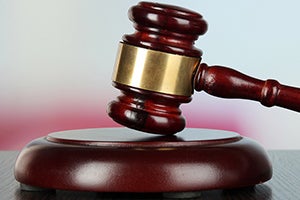 I've been to all of the courts.  I know the Los Angeles County and San Fernando Valley very well because my office in Encino caters to many cases that get charged in Van Nuys and San Fernando. You're going to want to sit down with somebody like me, give me your side of the story, and let me know what happened in the road rage incident.

Sometimes the police and prosecutors don't have the correct, accurate information. Sometimes there's information out there that can be helpful to you:

But, many times, they don't know that because sometimes people will become involved in these road rage incidences. They'll be an accident, for example, and what will end up happening is the person will leave the scene, the other party will call the police, and now they're the only one left to tell the story, and you don't get to tell your story.

Let's talk about what honestly happened so I can figure out what the best course of action is. I've been doing this a long time. I know how to deal with these cases, whether it's road rage, a hit-and-run case — it doesn't matter.

What matters is that it's handled the right way, that your story is gotten across, and also that we've put together a mitigation package. If they've got evidence that you were involved, which they don't always, but if they do, then we've got to put a package together that kind of shows the other side of the story and also shows who you are as a person — your job, your family, your interests, your driving record.

This means putting together a mitigation package, keeping you out of jail, keeping you out of prison, and doing everything possible to save your rights, freedom, and reputation. Hedding Law Firm is located in Los Angeles County, and we offer a free case evaluation.