Violation of a Restraining or Protective Order – California Penal Code 273.6

These violations of protective orders usually come up in domestic violence-related offenses. What ends up happening is people are being ordered by the court to stay away from a particular individual who is the subject victim in a criminal case. Part of that order is usually to keep up a hundred yards away, don't annoy them, don't molest them, don't strike them, don't stalk them, don't have anybody else contact them.

Often, what I see happening where these violations occurred, the obvious one is the person is stalking and following the other person and bothering them and getting caught within a hundred yards of the other person. The people are there, and they get arrested. A restraining or protective order violation is covered under California Penal Code 273.6.

But also see them calling, texting, sending things, and posting stuff on Facebook that indirect communication.  They somehow think they're sneaky, and they're going to get out of it.  They get arrested, handcuffed, and taken away because they can't stay away from others.

They'll have a third party contact the other person and try to get that person to change their testimony, not testify or simply pass a message along. That would be a violation of a protective order in a criminal case.  You don't want to violate an illegal protective order because it will violate your current issue and make your present case a lot more challenging to deal with. It will cause a new charge to be filed against you, so you'll be looking at two separate criminal cases.  So, nasty things can flow from a violation of a protective order. 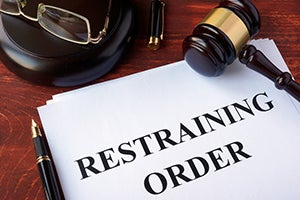 So, protective orders are essential things to look at.  A new thing that's going on now in domestic violence cases is that — you can read about this in my book — is that what ends up happening is people are getting arrested for a domestic battery charge. In most cases, the prosecutors try to get a full stay-away protective order right from the first court appearance.

This is horrible for some people because what ends up happening is that they get themselves in a position where they are kicked out of their living location are having problems meeting with their kids because of this criminal protective order. It's a tricky thing.  I've thought of some remedies to try and avoid this full protective order being issued where you can't see your loved one, but you can't get it in every case.

Difference Between a Protective and Restraining Order 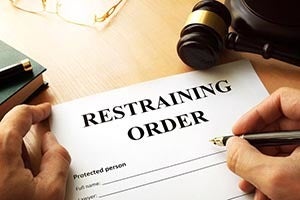 Until then, they are not going to take any chances. Sometimes, the victim does not want a complete stay-away order. They only want a level one protective order, just if the person gets angry and tries to hit them again.

The defense would argue for a level one protective order. Unfortunately, in Los Angeles County, the prosecutors seek a full protective order in every domestic violence case while the case is pending. I have some strategies that I use to try to avoid a complete protective order from happening.

What does the prosecutor in Los Angeles County need to prove to convict me of violating a legal protective order? The proof requirements for a violation depend on which type of protective order was granted by the judge.

One example of a protective order would be a level one protective order where you're still allowed to see the other person. You can have peaceful contact with that person. In that scenario, you would have to do something violent to that person or threaten that person to violate the order. The prosecutor could show that you did it and get a violation.

If you violate a protective order related to a domestic violence case, you need an experienced attorney. You will be facing a new criminal charge for violating the protective order and a probation violation if you are on probation and the complications of your pending case.