Most weapons crimes are investigated by local law enforcement and prosecuted in state courts. However, some will lead to federal weapons charges that the United States Attorney's Office prosecutes in a federal court. 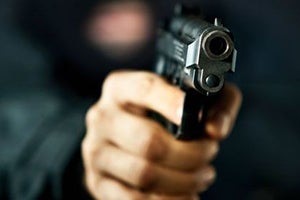 They have almost limitless resources to investigate and pursue criminal charges against people they believe are violating federal weapons laws. Further, weapons charges are usually handled by the most experienced prosecutors who will aggressively seek a conviction.

Weapon offenses violate federal statutes regulating deadly weapons, such as firearms, defined as a weapon designed to expel a projectile by use of an explosive.

Federal laws further regulate the purchase, sale, possession, manufacture, and distribution of firearms and prohibit selling them to specific groups of people, including convicted felons.

There are also federal laws that prohibit semiautomatic assault weapons and machine guns. Our California criminal defense lawyers will review the federal laws in more detail below.

What Are the Common Federal Weapons Crimes?

A common type of federal weapons charge is related to people with a prior felony conviction who are prohibited from possessing a weapon.

Federal weapons offenses are governed by various statutes of the United States Code that include many different sections, such as the following:

Weapon crimes can be charged along with other crimes, such as bank robbery, drug offenses, kidnapping, and murder.

Violating 18 U.S.C. 924(c) use or possession of a firearm in furtherance of a federal crime of violence carries a mandatory minimum sentence of five years in prison and life without parole if death results from using a gun.

The federal sentencing guidelines lay out penalties for weapons crimes and will depend on the type of firearm involved in the crime and prior convictions.

What is the Impact of a Gun in a Federal Drug Case?

There are a lot of federal drug cases.  Most of the crimes that the feds prosecute involve some drug trafficking, but when you add a gun into the mix, it's a huge problem, and let me explain to you why. 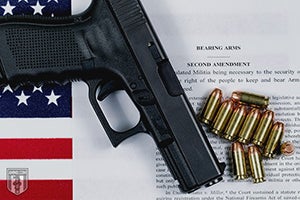 Most drug cases the drugs take have a mandatory minimum attached to them.  In other words, they're only going to handle issues that involve a certain quantity of drugs.

Otherwise, they kick the case down to the State and let them prosecute it. If you're facing a 10-year mandatory minimum in a federal drug case and used a gun during the commission of the crime, they're going to add an extra 5-year minimum.

Now you have a separate 5-year mandatory minimum to deal with it.  It's called a 924(c) allegation. To prove that, they will have to prove that you used the gun in the commission of the case, and many factors in case law go into it.  So it's not as easy as you think.

I've had situations where people have a gun inside their bedroom, drugs are found in the house or the bedroom, and they're not using the weapon as we would typically think; they have the gun there for their protection.

And the prosecutors have filed that 924(c) charge are trying to add an extra five years to the sentence, which is horrible. So, in that scenario, you're looking at a minimum of 15 years. But that doesn't mean that you only get 15 years. You may get more than 15 years. So, that's how guns impact a drug case.

Why You Need a Federal Defense Lawyer

There are other allegations, even if they can't or don't charge the 924(c).  For example, having a gun related to drugs can be an additional charge.

So, you need to get an attorney with experience and consider all of your options if you're charged with a case with a mandatory minimum and caught with a gun.

Even if you have a prior criminal record for selling drugs, that starts to put you in the wrong position because then you start talking about what's called a career offender.

This means you could be up the charge in the federal sentencing guidelines to level 6 if you're determined to be a career defender with more than two or more drug convictions or violent felonies. 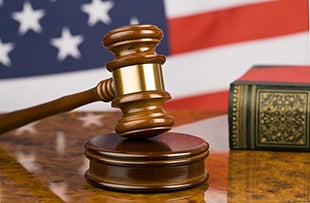 So, this is serious stuff.  You need to get the best.  I've been doing this now for 30 years.  In the early 1990s, I became a federal criminal defense attorney. I've defended people just like you who were charged with drug-related offenses, caught with one or multiple guns related to the offense, or were selling guns in addition to selling drugs.

There are all kinds of different angles when it comes to this particular area of law. So hence, it's essential to get an attorney who has the experience and can figure out how to defend you and win the case if you've got action as it relates to that or try to work out some resolution for you if they don't have action.

If they've got you caught with a gun and your rights weren't violated like an illegal stop, an illegal search, and a host of other problems that can crop up, but if they've got the evidence and they can prove the case, you have to work out some resolution.

When it comes to having drugs and having a gun, there are certain angles you have to consider taking if you want to get the best possible result.

So, pick up the phone if you need the best.  Ask for a meeting with Ron Hedding.  Let me put my 30 years of experience to work for you. The Hedding Law Firm is located in Los Angeles, CA.