Corporal Injury to a Spouse

This is the main Penal Code Section related to domestic violence cases for individuals arrested and prosecuted for spousal battery.  As the name indicates, you're typically going to see this charge filed when the individuals involved are married or living together or have children together.

So, it's more of a family-type situation where you will see this spousal battery charge filed versus a boyfriend/girlfriend situation where the people live together.  That will be charged under Penal Code Section 243(e)(1). So, this is the main section.  It is a wobbler charge, which could be filed as a felony or a misdemeanor.  The dividing line on whether it's filed as a felony or a misdemeanor has to do with the injury.

If there's a severe injury like a broken bone — some mayhem-type situation where there's a permanent injury — an injury that would require stitches would count, or if the person has a prior conviction for 273.5 or any domestic violence-related offense, then they're likely going to be charged with a felony. The prosecutor could allege a great bodily injury in a domestic violence case in more severe cases.

Otherwise, if it's just a minor injury or something not requiring stitches or a cast, it will be charged as a misdemeanor. That particular person would be looking at up to a year in custody, a domestic violence course for 52-weeks, probation, and other specific punishments depending on what happened, what the person's criminal record looks like,  whether alcohol was involved — there's a whole host of things that the prosecutors take into consideration in these domestic violence-related offenses. 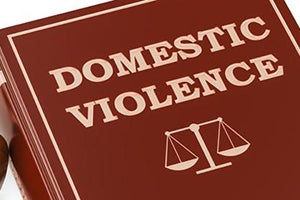 Another exciting thing about them, and I think unique is that each branch or courthouse has a VIC Unit – a victim impact unit – which means all those prosecutors do is prosecute domestic violence-related offenses.  So, that makes it a lot more difficult for a defendant to slip through the cracks. I've been doing this for twenty-five years.  Often, someone might be guilty of the crime, but you can keep them out of jail and get some lesser charge in the past or even get the case dismissed.  But not anymore.

It will be a particular prosecutor's case which means they will give the case individualized attention.  They're going to look at it hard, and of course, they're going to be looking at punishing the defendant and deterring the defendant from committing domestic violence-related acts. And also see, it's one of their jobs in one of these California Penal Code 273.5 cases to protect the victim, watch the kids, and protect the family.  So, they often put orders in place to keep the defendant away from their family.

Full Protective Order Against You

Now, in Los Angeles County, if you're arrested and sent to court for a domestic violence-related offense when you go to court, typically, the prosecutors are going to be seeking a full protective order against you, meaning you cannot go near your spouse or significant other while the case is pending. This is a massive problem for most people because they may live with their spouses.  They may have kids.  They may have nowhere else to go, so your attorney has to start working on this.

A lot of times, I will have my client enroll in a domestic violence program before the court because that's one of the things the judge will consider in determining whether or not to do a full protective/stay-away order versus a level one protective order, which allows the person to see, still live with the person that's on the other side and still cohabitate with them without being kicked out of the house and putting themselves in a challenging position related to their family.

So, there are many different things to be considered when you're charged with a domestic violence case.  That's why in my opinion, it's so important to get an attorney right from the beginning who already knows what type of an attack the prosecutors are going to mount against you and who already knows what you're going to be facing based on the allegations of what you are claimed to have done.

Realize that when the police arrived on the scene, they were already looking to preserve evidence.  They're going to take pictures of any injuries on the other party.  The LAPD is all equipped with body cams. So, their body cam is turned on as soon as they exit their vehicle in a domestic violence situation. Everything will be captured on that body cam — anything you say, anything the alleged victim says, anything witnesses say.

How a Restraining Order is Related to Your Case

To obtain a restraining order, you or your attorney must go down to the courthouse that has jurisdiction over your case, fill out the appropriate paperwork, and file it with the court clerk. If the danger to you is immediate, you can request that a temporary restraining order be placed against the other party while waiting to get the hearing for the permanent restraining order.

The way this relates to domestic violence cases has to do with what happened to warrant the restraining order. If the other party did something to you physically or threatened you, you could call the police and have them arrested for domestic violence / spousal abuse. If the judge grants the restraining order, the other person will have to stay at least 100 yards away from you, your home, and your workplace.

Restraining orders are civil remedies and sometimes confuse their counterpart in criminal court, called a protective order. However, if someone violates a restraining order, they can be charged with a crime related to that violation, arrested, and placed in jail for their actions. The person who violated the restraining order will be looking at a criminal conviction on their record, a period of probation, and other terms that the court in charge of the case deems appropriate.

Develop a Defense Strategy in a Domestic Violence Case

This is the type of stuff you've got to be ready for, and you have to know whether or not you want to get that information because sometimes it can be exceedingly hurtful to the defendant. The prosecutors are usually too lazy to grab that information and look at it. Suppose they do and get a sense of it. They feel like the situation is more complex than initially thought; they will punish the defendant for that.