Can You Bail Out if Charged with a Federal Case?

This is a big question on many people's minds because if you do a little research and a little digging, you'll see that the bail system in federal is much different from the bail system in the state. Sometimes you can just be detained related to a federal criminal case. 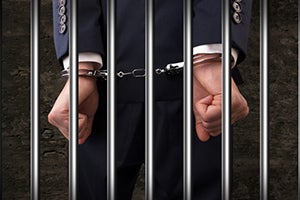 That means that they take you into custody, and you cannot bail out, and you will not be able to get out until the case is over.  Either you get a not guilty verdict, work out a deal, and then you're released from custody when you serve prison time or get probation.

You can get out on some bond conditions at the federal level, but you need a skilled federal criminal defense attorney to help you.

Usually, what happens is that you get taken into custody and brought into federal court pretty quickly by the marshals.

Then the probation department of that particular courthouse will interview you and evaluate you to see if they can recommend that you get out on some bond conditions. Our Los Angeles criminal defense lawyers will cover this topic in greater detail below.

What Are the Factors Considered to Grant a Federal Defendant Bond?

In federal courts, cash bonds are not used. Pretrial detention without bond is pretty standard. Arguments between the federal prosecution and the defense about the appropriate amount or conditions of bail often necessitate a bond hearing.

A federal bail hearing is also known as a detention or bond hearing. The factors for a pretrial release are determined by federal statute. 18 U.S.C. § 3142, enacted by the Bail Reform Act of 1984, gives a federal judge discretion to grant a defendant pretrial release. 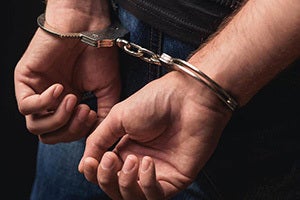 In federal criminal courts, a bond issue is not only setting a dollar amount. The primary factors for the judge to consider when addressing a bond are as follows:

When federal defendants are released pending trial, they are either released upon:

This is for people willing to post collateral in the form of land, property, etc., of significant value that guarantees the defendant's return to court.

If a defendant decides to flee prosecution, the sureties will forfeit the posted collateral to the government.  This means they provide a strong incentive for both the defendant and the sureties to make sure the defendant complies with their obligation to the federal court.

What is a Pretrial Services Report?

One crucial document federal judges rely on in making bail determinations is a report prepared by the pretrial services department in federal court. This report gives judges information about the defendants:

This report includes other factors that help the judge assess the individual defendant's public safety or flight risk.  In the federal court system, it's common for a defendant to be interviewed by pretrial services when preparing the report. After the judge determines that it is unfavorable bail to the defendant, there could still be an opportunity to revisit the issue.

For example, any federal defendant that is initially detained without bond can request reconsideration of the bond decision by the judge who will ultimately decide the case. A United States magistrate judge makes the preliminary determination on bail.

What is the Federal Process from Arrest to a Bail Hearing?

There are several steps between arrest and a federal trial. The federal criminal process is widely known for taking months or years to resolve cases. A federal bail hearing determines where a defendant will spend their time during this lengthy legal process, such as:

If a federal judge grants the defendant pretrial release, the bond amount will be determined at a federal bail hearing.

After a defendant is arrested for a federal crime, they are held in custody by the United States Marshals until their initial court hearing, called the “arraignment,” which usually occurs within three court days.

At this hearing, the prosecutor will read the criminal charges against them in open court, and then the defendant will enter a plea. Next up in the process is the federal bail hearing which can occur at the arraignment or scheduled for a later date.

What Are the Bond Conditions in Federal Cases?

Examples would be that you could have property, a family member or friend, or someone you're connected with can have a property, and they can use that property to post a bond. 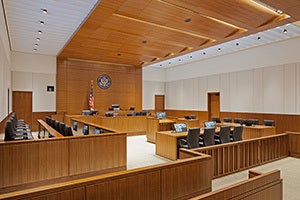 That's called a property bond.  So, let's say, for example, somebody had a property, and they had at least $100,000.00 of equity in that property; they could use that equity to post the bond.

Basically, they'd be pledging their house or that part of the equity in the home over to the court, and if you did not show up to court and they couldn't get you, then they could foreclose on the property, take out the $100,000.00, and the court would get that.

That's the incentive for the person to come back to court because every property being pledged would lose money related to that. Another way we get people out when it comes to federal criminal bond situations is we can do a signature bond.  That's basically where somebody could be the defendant or somebody else.

The judge orders and signs documentation indicating that if the defendant does not show back up for court, they would have to pay $25,000.00 to the court relating to a $25,000.00 signature bond.

That happens a lot in federal criminal defense under the right circumstances.  That's not a big deal as long as the person shows up for court.  There's no money out of pocket to anybody.

So, in that scenario, it's much better than a state situation where somebody posts a $25,000.00; in the state case, they have to pay anywhere from 5% to 10% of that money that they never get back; whereas, in the federal case, they never have to pay the $25,000.00 or any portion of it, unless the person doesn't show back up to court.

Why Do You Need a Federal Criminal Defense Lawyer?

There are other ways people can get out in a federal case, but those are probably the two most common ways.  The judge could also let the person out without having to post any bond, just that they promise to appear at all of the court dates and not violate any terms or conditions of their release.

So, there are ways to get out of a federal criminal case.  Your first move should be to hire an experienced federal criminal defense attorney.  I've been doing this for almost 30 years.  I worked for the prosecutors early in my career.  I worked for a superior court judge, and then in 1994, I started doing federal cases and helping people just like you.

Pick up the phone.  Make the call.  Ask for a meeting with Ron Hedding.  I stand at the ready to help you. The Hedding Law Firm is located in Los Angeles County, and we serve people across the state of California. We offer a free case consultation by phone or by filling out the contact form.