Penal Code 261.5 PC makes it a crime to have sexual intercourse with someone under the age of 18 who is not your spouse, commonly called statutory rape. It does not matter if the minor initiated the sexual activity or willingly participated because, under California law, minors cannot legally give sexual consent.

Simply put, PC 261.5 statutory rape laws prohibit having sex with a minor, but not all prosecuted cases are the same. For example, the age difference between the perpetrator and the minor is a significant factor in sentencing anyone convicted of statutory rape. 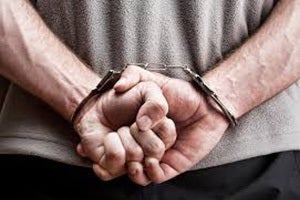 Subsection (b) says that anyone who engages in unlawful sexual intercourse with a minor who is not more than three years older or three years younger than the perpetrator is guilty of a misdemeanor crime.

Subsection (c) says anyone over three years younger than the perpetrator is guilty of either a misdemeanor or a felony and will face up to one year in county jail or imprisonment under subdivision (h) of Section 1170.

Subsection (d) says anyone aged 21 or older who engages in unlawful sexual intercourse with a minor who is the age of 16 or under will face up to one year in county jail or imprisonment for two, three, or four years.

Penal Code 261.5 PC statutory rape is one of the few sex-related offenses in California that does not require sex offender registration under Penal Code 290 PC.

The prosecutor does not need to prove that any force was used to engage in sexual intercourse, as consent is not a legal defense.

Further, any amount of penetration, even slight, is considered sexual intercourse, and it does not have to be proven that ejaculation occurred. Let's review this law in more detail below.

How Are Statutory Rapes Cases Handled in Court?

The CCB courthouse is the central downtown court located at 210 West Temple Street in downtown Los Angeles.  It's called the Clara Shortridge Foltz Criminal Justice Center. They probably prosecute the highest percentage of PC 261.5 unlawful sexual intercourse with a minor under 18 in LA county.

This is a situation where someone is having sex consensually with another person.  So, they're not foreign themselves or raping the person, but it's still called statutory rape because the person under 18 cannot consent to sex lawfully, so it still falls under the rape category.  These cases are handled differently depending on the following:

Even if the person was arrested, we can either get the case dismissed or some diversionary program.  It makes a difference in what the ages are between the person that's the victim and the person who is the defendant.

Someone who is 14, 15, or 16 and is having sex with somebody 30+ will have a real problem for the defendant because of the vast age difference and the young age of the victim in the case.

What About a Diversion Program?

Regarding how CCB handles these cases, many times, diversion might be available. We can often get a resolution where the person does not have to register as a sex offender. 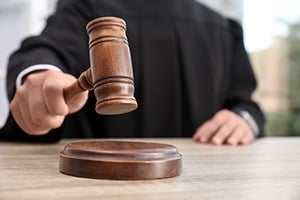 Penal Code Section 261.5 PC is one of the few sections that does not fall under the three-tier system.

There are still ways the prosecutors can argue that you should have to register as a sex offender, but at least you have a fighting chance when it comes to this particular offense.

Again, depending on why you're involved with this other person, the difference in age, what's being alleged, and victim cooperation are important factors.

Also, another thing they look at is how easy it is for the prosecutors to prove the case because sometimes you're in a situation where the alleged victim is not cooperative, is having consensual sex with the defendant, and does not want that person prosecuted.

Maybe the parents found their phone, someone saw the situation, and the person is being prosecuted against the will of the person who is being statutorily raped.  So, that could also factor into how the prosecutors handle these cases.

Penal Code 288 PC lewd acts with a minor child involve touching the genitals, buttocks, or breasts of someone under the age of 14 for sexual gratification. Sometimes, prosecutors will add this charge to statutory rape if they want the defendant to register as a sex offender. Penal Code 647.6 PC defines annoying or molesting a child.

Penal Code 261 PC rape is always a felony as it involves forced sexual activity without the victim's consent, regardless of age. If sex with a minor was accomplished by force, prosecutors could file rape charges in addition to statutory rape.

Crucial to the defense in these cases is to flush out all of the information that might be helpful to the defendant.  That's why we have you come in, and we will review the case.

We talk about what happened and how long it's been going on, and we look at what evidence the prosecutors have to prove the case.

Then we decide whether it makes sense to fight the case or whether we're better off trying to negotiate some resolution. 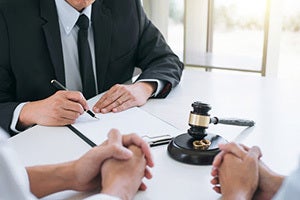 But, of all the sex crimes cases, statutory rape gives you the best chance to stay out of jail and prison and avoid sex registration.  Of course, you will need a tough attorney on your side.

Perhaps we can argue that you were falsely accused. Maybe someone wanted to charge you with a crime out of spite or vengeance. Perhaps it was reasonable that you believed the alleged victim was over 18.

A common defense is to argue that you had an honest and reasonable belief that the alleged victim was not a minor when you had sexual intercourse. Perhaps we can use statements by the alleged victim that they were an adult, their clothing and overall appearance, or the location where you met them, such as a bar.

So, if you need the best, you're charged with statutory rape, pick up the phone now.  Make the call to Ron Hedding.  Set up a meeting.  I stand at the ready to help you. The Hedding Law Firm provides a free case review by phone or the contact form.