These Watson murder cases under California Penal Code 187 come up when somebody is typically driving under the influence of alcohol, and they end up killing another person. They can also come up if you're using any marijuana and death occurs or any other type of drug and death occurs.

I've even seen them file what they call a Watson murder under Penal Code 187 when someone has not alcohol or drugs in their system but is driving so recklessly and dangerously that they kill someone. So, if you or a loved one has a murder case and it's based on that Watson case where:

They're facing 15 to life in prison; you've got to get an attorney who knows about these cases, who's handled them successfully, and knows what it takes to win.

It's a win depending on the circumstances.  Are we going to trial?  Is it going to be a not guilty verdict, or do they have the evidence that your loved one was under the influence and killed another party and a win means we keep them out of prison? 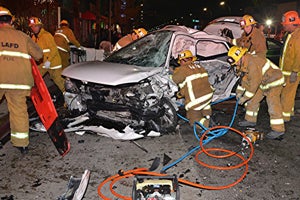 We avoid that 15 to life.  We prevent that murder conviction.  That's what I'm talking about when I say a win. So, what we need to do right off the top, if you've got someone charged with a murder that's related to a Watson case, it's connected to a scenario where they were driving, and they killed another party, we've got to get you in immediately.

So, we can get me retained, and I'll start speaking to the police, speaking to the prosecutors — begin the process of attempting to find out what the circumstances are and what it's going to take to get the best result.

Then I will go and talk to your loved one and find out precisely what happened from their perspective, and that's when we will get our plan together on exactly how we're going to defend the case.

We're going to do what makes sense for you and your loved ones and what makes sense to protect them from a lengthy prison sentence.  We've got to start immediately putting the pieces in place to get the best result. When the prosecutors charge murder, and they justify the murder charge with the Watson case, which is saying there's a case on point that says:

Usually, for murder, you've got to be planning to kill somebody intentionally.  But in this Watson murder scenario, they're going to assume you were planning on killing somebody. This is because you know through common sense, social media, and if you have prior DUI convictions, you know how dangerous it is to drink and drive, and yet you've done it anyway, and now look, someone has died.  We're going to hold you responsible.

This is what the prosecution and authorities are saying.  They will put you in prison for 15 to life on this Watson murder theory. Well, guess what?  It's time to start defending the case because if we don't support the case, you or your loved one will end up in a horrible situation.

You need to start getting any defense information:

We need to look at the reason and cause of whatever accident occurred.  We need to see your blood alcohol level and how many drugs you had.

There's a whole slew of things that need to be evaluated before you or your loved one. If you're charged with murder in the San Fernando Valley related to a Watson killing, take the fall for that. Let your attorney look into everything and make the moves that will put you in the best possible position.

We serve people in all Southern California courts, including LA County, Orange County, Ventura County, Hollywood, Riverside, and San Bernardino. Contact our office for a free case evaluation at (213) 542-0940.