For over 26 years now, I've defended people who have been charged with murder, and I've used various defenses.  California Penal Code 187 describes the crime of murder. A lot of the reasons depend on the facts and circumstances of the case.

You can't just force a defense on a case.  It has to make sense, and you have to have the facts for it.  If you don't have the points and can't defend the case, you've worked out a resolution with the prosecutors. The two most potent defenses that I've seen and that constantly come up in a murder case (CALCRIM 520) are self-defense, and number two, I'm not the person who committed the murder.  Those are the two main ones you're going to see.

As far as self-defense goes, you're going to have to be able to show that if you're the one that killed the other party, then it's a homicide.  It's justifiable, and it doesn't rise to the level of an unlawful killing, also known as murder.  See CALCRIM 505 – Justifiable Homicide: Self-Defense or Defense of Another.

The way that you prove that, in my opinion, one word rings accurate and complex, and that's reasonableness.  If you acted reasonably under the circumstances of whatever was going on. Whatever the case may be, a shooting, a fight, then you can make the argument that you were defending yourself and should be charged with murder, that the killing was justifiable. All you were doing was protecting yourself from the other party.

If you can mount an argument like this, now you're in the ballpark of trying to win your murder case and either get a not-guilty verdict, which of course, is the best or at least get some mitigated crime. For example, voluntary manslaughter is a crime used a lot to be substituted for murder.  Voluntary manslaughter is described under California Penal Code 192(a). 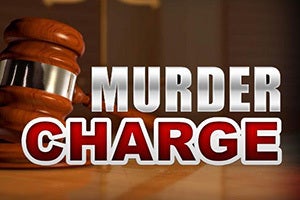 If you can't get the prosecutors to negotiate and agree to it, then you can often get a jury to find the person not guilty of murder but guilty of voluntary manslaughter.  See CALCRIM 571 – Voluntary Manslaughter: Imperfect Self-Defense – Lesser Included Offense. Of course, it's got to be the good case and the right circumstances.

So, self-defense is probably the number one defense when it comes to murder cases, at least that I've seen, and I've done a lot of them over the years, and believe it or not, it's a tiny group of attorneys that handle murder cases.

Many attorneys, at least from what I've seen, are either too afraid to handle a murder case because there's too much at stake or don't have the experience.  Maybe they'd like to do the issue, but they haven't done enough. I get a lot of attorneys calling me and trying to get on cases that I'm on so that they can see how a murder case is defended and figure out what it takes to be successful.

The other defense that is an important one is I'm not the person who committed the murder.  In other words, we can see the guy was murdered, but I didn't do it.  You don't have the proof that I did it, and that's where many different factors come into play when the prosecutors are trying to prove a particular murder case. This is commonly known as an “insufficient evidence” defense.

For example, eyewitnesses.  Do the eyewitnesses identify your client, either from a six-pack or a live line-up?  The authorities don't do a lot of live line-ups.  I think they believe that it's hard sometimes for victims, especially in stressful situations, to identify somebody in a murder case.

But the defense, under the right circumstances, should file a Line-Up Motion and force the prosecutors and police to do a live line-up and hope your client is not identified. If your client is not recognized, now you have one good argument.

The witness saw the person face to face and could not identify them.  So, identification is a big issue when it comes to a “who done it” case, and you're making the argument that your client is not the one that did it. Another big thing is stuff like DNA, fingerprints, gunshot residue.  These are all things that I see in murder cases.  Another big thing that these guys are using is ping evidence.

They're tracking people's phones to put them close to a murder scene to try to make a chain of evidence that circumstantially points to the person's guilt. If they make the chain strong enough, they can make the argument at the end of the closing statement in a jury trial; this person must be the one beyond a reasonable doubt that murdered in this particular case.

Now you can start to see where a great criminal defense attorney can come in because, of course, we can get evidence on the other side.  We can get out own DNA experts, fingerprint experts — whatever the expert may be to mount an argument that this person should not be charged with murder.

They don't have the evidence.  We put on our evidence and combat some of the prosecutor's evidence. We can make the argument in the end that my client is not the one who committed this murder and they have not proved the case beyond a reasonable doubt, and then try to seek that not-guilty verdict.

To me, in that scenario, it's either an all or nothing.  If they believe your person was there and committed the murder, they're going to get hit with murder.  If they think that your person was not there, then it's a not-guilty. To try to get voluntary manslaughter, making that argument is challenging.  Not impossible, but difficult, because maybe you can argue, in the abstract, if my client was the one who committed this murder, it's not a murder.

It's voluntary manslaughter, and here's why.  But that's an insensitive argument because your client can't come and testify, yeah I didn't commit the murder, but if I did commit the murder, this is what happened.  That's not going to work.  It's an all-or-nothing situation.

So, if you or a loved one is charged with murder and are looking to spend the rest of their life in prison, you'd better get to the best, and you'd better get to them quickly.  Pick up the phone.  Make the call.  Take the first step in defending your murder case. Hedding Law Firm is a criminal defense law firm with decades of combined experience located at 16000 Ventura Blvd #1208 Encino, CA 91436. Contact our office for a free case consultation at (213) 542-0940.