Criminal Defense Attorney in the City of Tarzana, CA

If you were arrested in Tarzana, they would usually bail on you.  We'll be able to get a bail bondsman and get you out.  Then they'll set a future court date.  If you don't' bail out, you'll usually be in court within a couple of business days under normal circumstances. As I make this post, any arrest in Tarzana, if a person doesn't bail, probably won't be in court for at least seven days because of the coronavirus. They've extended the time that they have to get you into court if it's a serious-enough case.

If it's not a serious-enough case, then your bail will likely be zero, and the police will release you.  Again, they're trying to clear out the Los Angeles county jail because of the coronavirus. Typically, when I have a client arrested in Tarzana, we have you come into the office sit down in the privacy of the attorney/client privilege.  Then we go over your case.

I'll put my 26 years of experience to work for you to try to figure out what the best protocol is to get you the best result to try to keep you out of jail, try to protect your criminal record your reputation, and try to protect you from some of the things that can occur if you end up with a criminal conviction on your record. You get put on probation, and nobody wants to serve any time in custody. 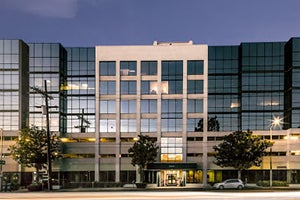 This is done by discussing what happened in the case and what evidence the prosecutors might have.  Sometimes we might have to wait until I get the police report in an issue to see exactly what they're claiming that you did and what evidence they have. Then I'll also discuss with the prosecutor to get an idea of their perspective.  Then, we'll pretty much have all the pieces to the puzzle, and we'll be able to sit down and talk about the best course of action.  I will put my experience to work for you.

You can help me, especially if it's going to be a case where we're going to be negotiating.  You can get me some character letters from friends and family that talk about you and your job, your family, what you do. Then we tell all the good things that you've done in the community so we can try to show the prosecutor and judge a side of you that is different than what the police are likely trying to portray in the police report that they put together.

Unfortunately, the police in Tarzana, which is usually LAPD, if they think that you're guilty, they're going to write up a police report that only shows terrible things about you. A lot of times doesn't tell the whole story or give your side of the story — your version of events.  That's my job as your criminal defense attorney.

So, suppose you have a case where you were arrested in the city of Tarzana, and you need help. In that case, you need somebody that can deal with the prosecutors and the judges that are going to be in charge of your case, come up with a good strategy that's personalized just for you — for your circumstances, your job, your future — you've come to the right place.

Pick up the phone now.  Make the call.  We'll get some introductory information from you, and usually, I can get you in to see me pretty quickly.  As I said, my Encino office is right down the street from Tarzana, and we can get your case moving in the right direction to get you out of the criminal justice system as fast as possible. Hedding Law Firm is a criminal defense law firm located in Los Angeles County.