Criminal Defense Attorney in the City of West Hills, CA

I've lived in West Hills for many years, so I know the area very well, and of course, I've represented hundreds of clients who either live in the West Hills city or have a crime that sprung out of West Hills. It's a combination of the LAPD and the Sheriffs that patrol the West Hills area.  Up near Valley Circle, it's the Sheriffs. As you get deeper into the San Fernando Valley, it's going to be the Los Angeles police department, so those are the two primary entities that will be arresting people.

It will probably be the West Valley PD, or even Topanga has gotten command of that area. So, if you have been arrested in the City of West Hills, you're going to want to get an attorney who knows the San Fernando Valley.  My office has been a staple in Encino, which is very close to West Hills — probably about ten/fifteen minutes away for the last 26 years, and I've handled many cases and helped many residents of West Hills.

Your case will end up in the Van Nuys court because Van Nuys controls the San Fernando Valley related to criminal arrests.  That's their jurisdiction unless somehow your case is a special case, in which case it will be transferred to downtown Los Angeles. Your best bet is to get to somebody like me who knows these types of cases very well, who's got a lot of experience.  I've handled many cases involving the city of West Hills and the residents that live there.

I've dealt with the prosecutors and judges that will be in charge of your case.  I know the court staff well, having practiced and handled thousands of patients over a long, successful career. I mark success as helping people.  Sometimes people are wrongfully arrested and are wrongfully accused, and we go to trial and try to win those cases.  Other times, people are arrested, but they're good people.

Keeping You Out Of Jail

They have a lot of good things going on for them, and we need to get their version of events across.  We need to show the good things about them to the judge and the prosecutor and see if we can work out a fair resolution. 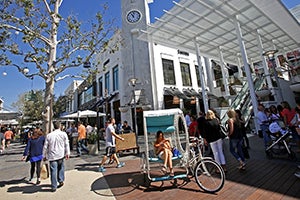 We're going to be trying to keep you out of jail or prison, try to lessen the probation, and basically, try to reduce the damage that can happen with a criminal case. You lose a lot of control. You lose a lot of rights when one of the police officers in the city of West Hills arrests you, and you're facing a criminal charge, and you're facing a judge who doesn't know you.

So, it's my job as your criminal defense attorney to get out the good things about you to the judge and the prosecutor so we can get your case taken care of the right way, and prefiling intervention might be the best strategy.  The first step is making the phone call.

Pick up the phone.  Ask for Ron Hedding.  I've been doing this a long time.  I would love to meet with you and love to talk to you and see what we can do to help you.

Negotiating with Prosecutor for Best Outcome

That's pretty much dictated by what evidence we're going to perceive that they're going to have against you.  If they've got the evidence to prove that you've committed a crime, then we're going to need to talk about how we can work out a resolution with the prosecutors.

Whether we take advantage of some diversion program or whether we're going to have to work out a different type of resolution.  It depends on the type of crime you're charged with, what your criminal record looks like and exactly what you did.

We can sit down and talk about these things, and you and I can have a meeting of the minds and figure out how we're going to handle your case based on where you stand. Also, what you have going on, I'm going to do everything I can to put the pieces in place to get your case resolved as quickly as possible with the best outcome keeping in mind your rights, reputation, and freedom. Hedding Law Firm is a criminal defense law firm located in the San Fernando Valley at 16000 Ventura Blvd #1208 Encino, CA 91436.