Negotiating with Prosecutor to Strike a Strike & Romero Motion

The California Three-Strikes Law was enacted in 1993, and the Van Nuys court has been prosecuting those cases ever since. At first, the head DA and the deputies had all the power regarding the three-strike rules and filing cases it strikes. And then the Romero case came along and gave some of that power back to the judge.

So, now as far as three-strike cases go, first, you have to try to negotiate with the prosecutors if you're trying to strike a strike, for example, or get rid of a strike and not make your client plead to the strike. Suppose it's a situation where the prosecutors refuse to get rid of a prior strike and try to make you take a second or a third-strike case. The next move is you have to go to the judge.

You file a Romero motion, and you try to convince the judge to strike the strike or strikes for purposes of the new case so your client does not feel the brunt of the California Three-Strikes Law. The judge will look at your client's prior criminal record to see if he is a career offender who should be getting the Three-Strikes Law because of all the offenses he continues to commit.

Strike Must Be Ten Years Old

So, these three-strike cases are severe. It does take an Act of Congress to get the prosecutors to either get rid of a strike, strike a strike, or strike. Their policy is in Van Nuys courthouse that it has to be at least ten years old to hit a strike, and that's pretty much county-wide.

The District Attorney's policy is the case has to be at least ten years old. Now, I've got cases that were less than ten years old, but of course, they're also going to look at the other factors – how serious is the strike? Sometimes you have a juvenile strike – the person is sixteen or seventeen, no weapon used – that case would be ripe for getting struck by the prosecutors or judge. 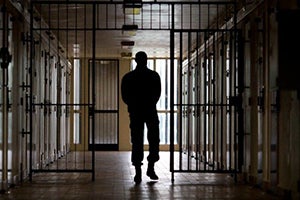 Other times, you have cases where the client really shouldn't have pled to a strike, but they did because they wanted to get out of custody, so they took a probationary deal and took a strike on their record, and then here they are again committing another felony. So, that's a case that the prosecutors might consider striking or even a judge might consider.

But also, when considering whether to strike a strike in the Van Nuys court, they're going to look at the current case. What happened in the present case? How dangerous was the recent case? Was anybody injured or hurt? What type of impact did the current case have on society?

I had a guy recently on a three-strikes case where the guy got a theft at Universal Studios of a pin, a $10.00 item, but because his strike was so bad, he had a kidnapping strike which he served a bunch of prison time on. These guys were trying to make it a super strike and made it a second strike case for stealing a simple pin. Eventually, when we did the preliminary hearing, the judge saw how ridiculous it was and got rid of the strike, letting the client take a simple petty theft.

So, it's going to take somebody who knows the system, and when you're trying to strike a strike or get rid of a strike and not make a client plead to a strike, the Van Nuys prosecutors, for consistency's sake, keep that power in the hands of the most-senior prosecutor.

So, either the head DA, second in command, or whoever is in command of the preliminary hearings at the time can decide whether to strike a strike. They're not going to let just any prosecutor do it because what ends up happening is defense attorneys saying – hey, you struck that strike, but why would you not strike this one – and they get themselves in a big problem. So, for consistency's sake, striking a strike is reserved for the senior prosecutor.

So, unless you're a local attorney like me who is in Van Nuys all the time fighting and battling cases, you are not going to know who to talk to, who has the power, and what to say to them to get them to strike the strike in your client's case.

So, come in and sit down – if it's your loved one in trouble, let's talk about it. I'll visit them in the county jail. We'll go over their case. We'll talk about everything and see what we can do about getting him out of custody as soon as possible and dealing with this three-strike law related to a criminal case. Contact the Hedding Law Firm for help.