Review of the DUI Arrest

Suppose you were arrested for driving under the influence in Los Angeles or the San Fernando Valley. In that case, you're going to need an attorney who has the experience and has handled many cases. Fortunately, you've landed on this website. When you're looking for a DUI attorney, I think you need somebody who has a good well-rounded experience. What I mean by that is, someone who has worked for the prosecutor's side to see how they prosecute cases and what drives them, and how they win cases and lose cases. Also, you need somebody who knows how the judges are going to deal with these DUI cases

I've been handling DUIs now for almost 30 years.  I've appeared in every courtroom in Los Angeles and know how to get the result you're seeking. We're going to have to sit down in the privacy of my office, go over your case, talk about what it's going to take to defend you properly.  We look at several things when defending a DUI case in the Valley. 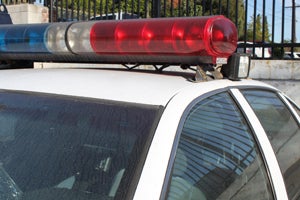 First, we want to ensure that the police pulled you over lawfully.  If the pullover was illegal, then a lot of times, we can file a motion to suppress anything they found after the pullover.  That would include the following:

If that's all thrown out, there's no DUI against you.  So, that's step number one.  Was the pullover lawful?

Step number two is, if the pullover was lawful, what was your blood alcohol level.  Somebody whose blood alcohol level is under a .08 has a perfect chance to beat their DUI, or at least negotiate something with the prosecutors that's less than a DUI.

The presumption of the law here in California, specifically the San Fernando Valley, is that you must have a .08 or greater to be charged and convicted under driving under the influence of a DUI. Another section under California Vehicle Code Section 23152(a) does not discuss the .08.  It talks about whether or not you had alcohol in your system and whether you could safely operate a motor vehicle.

Under VC 23152, there is an argument that you could still be convicted of a DUI.  How that proves, that is. First, they have to prove that there's alcohol in your system. And in my doing thousands of cases over the last almost 30 years, they're typically not going to charge somebody who blew under a .07.  I do see .07s set, though, under the right circumstances.

I can tell you my experience starts in the early 1990s when I worked for the East Los Angeles District Attorney's office. Then, I moved from there where I began to work for a Superior Court Judge has his right-hand man. Finally culminates in a 27-year career as a defense attorney handling thousands of DUI cases over that timeframe with a lot of success, be it from:

So, if you're looking for one of the best DUI defense attorneys in the San Fernando Valley, you've definitely come to the right place. It really is debilitating when they put you in the back of a police car, hold you in one of those small locations where the jails are and take away your liberty and take away your driver's license. So, how do you recover from that?  The answer is, getting someone on your side who has:

I will let you know what you're up against and makes sure you end up with the best result as it relates to both your driving record and your criminal record. Because DUIs are certainly crimes and the prosecutors are going to be trying to put a mark on your record.  They're going to try to convict you and make sure that they get a DUI on your record.

So, if you need somebody to try to avoid that DUI, either by a not guilty verdict, or if they do have evidence against you, to try to get a wet reckless, a dry reckless, a speed contest, something other than a DUI, or maybe you're simply trying to stay out of jail.

Obviously, these are all important considerations when you're talking about a successful DUI defense attorney and I stand at the ready to help you. I will look at everything, to be honest with you, to go face to face with the prosecutor and judge if necessary, to make sure that your rights are protected, your freedom is protected, your driving record is protected.

The bottom line is this; if you want the best, you've come to the right place.  The issue will be what type of defense we are going to put up.  Is it one where we're trying to find that you're not guilty? 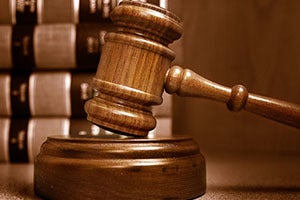 Is it one where we're trying to get a dismissal, or do the prosecutors and police have the evidence to prove the cast against you, in which case we're either trying to keep you out of ail or getting you a lesser charge?  I can't make that decision right now.

We've got to meet.  I need all the facts and details, and then I can begin the process of defending your DUI the right way.

If you need the best, you've come to the right place.  Pick up the phone for a meeting with Ronald Hedding. I stand at the ready to help you with your DUI case in Los Angeles County.