This is a big problem that comes up a lot in domestic violence cases throughout Los Angeles and the San Fernando Valley, at least the ones I've handled.  I have clients calling me saying that their significant other will not cooperate.  They're not going to testify, and therefore, they think they're just going to win the case automatically.

Unfortunately, this is not true.  There are many different ways that the prosecutors can go when it comes to these cases where individuals have a change of heart and do not want their significant other prosecuted — for various reasons.  Maybe it's financial reasons. Perhaps they did embellish the story.  The prosecutors can't often tell whether someone recanting is sincerely, or they typically think it's because they're trying to help the other person. After all, they have a change of heart. 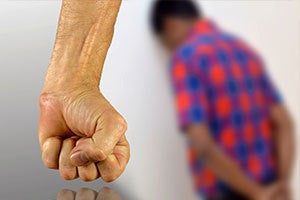 They have special units that all do is handle domestic violence-related offenses, and they have marching orders in Los Angeles County and the Valley to make sure that offenders are punished, lose their gun rights; there's a protective order put in place, a lot of times, they'll seek jail time, they want them to do domestic violence classes.

Once they get them on the witness stand, no matter what they say, they will get their other statement on because then they're just going to call the police and say, what did the person that took the witness stand earlier tell you?  And then they're going to get that statement in and argue that they're just now trying to change things.  It doesn't change the fact that they committed domestic violence.  Once they get that statement in, if there are any injuries involved, they're going to be able to make a run at getting a conviction in the case.

There's also the scenario where the person doesn't show up.  There's a case, the case name is Crawford, and basically, what the case stands for is the proposition that in some circumstances, even if the alleged victim doesn't show up, the prosecutors can still get their statement in.

Whether it's a 9-1-1 tape or it's coming in as an excited utterance, which is an exception to the hearsay rule, or a lot of times, I've had cases where they've got either the victim and the defendant's statement on body-worn video by the Los Angeles police department.

I've done cases where they're using video.  I've done cases where they're bringing in the 9-1-1 tape, and that's their crucial piece of evidence, and they bring in supporting witnesses around that.  The police say they got there.  The person was crying.  They can't get the statement a lot of times, but they can get into how the person was acting, whether the person had any injuries, and if there are any witnesses, they'll get those statements.

Consult with an Experienced Criminal Lawyer

So, the point here is that just because somebody doesn't want another person prosecuted for domestic violence doesn't mean that the prosecutors will go along with that.  So, if you've got one of these scenarios, you should set an appointment with an attorney and give them all the information.  Don't put a spin on things.

Tell them what's going on, and then they'll be able to evaluate it.  If they've done domestic violence cases in the jurisdiction where your case is pending, and they know what they're doing, they've done trials, they've negotiated plea bargains.

They're going to have a pretty good feel for what type of evidence the prosecutors are going to be able to get in and what the likelihood of success is when they've got a victim who's either recanting or somebody who simply does not want to be involved at all and is not going to cooperate and go to court, an attorney who has handled these type of domestic violence cases or spousal abuse cases is going to have a much better feel for what the prosecutors might do and what the best defense strategy is.

That's why I get people in these types of situations, and we sit down and talk about it. We go over all the different scenarios, and then whatever we deem is the right strategy moving forward – we put that strategy in play. We execute the plan to get the matter dealt with, do damage control, and have the most successful outcome possible. We specialize in domestic abuse cases in the Van Nuys Courthouse.

Related Resources:
If the Witness Refuses to Testify, Are the Charges Dropped?
Domestic Violence Defense in the San Fernando Valley