Criminal Defense Attorney in the City of Northridge, CA

Suppose you're arrested in the City of Northridge. In that case, your case will either be handled by the San Fernando courthouse or the Van Nuys courthouse, depending on exactly where you were arrested and which law enforcement agency arrested you. Whether it's Devonshire — usually if you're anywhere near the college, will be the one that will be doing the arresting in the city of Northridge.

Northridge is a great city full of beautiful areas, and the police are very concerned, especially around the college, that there's no crime.  So, they're out in force.  Believe it or not, CSUN police can arrest people just like regular police do. 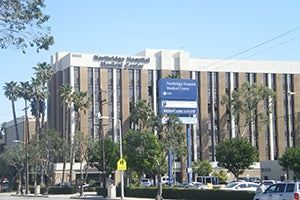 Then they end up dealing with the case and giving it to the prosecutors themselves, or they'll send it off to the LAPD or the Sheriffs, depending on who they get involved with the arrest. But you, the person who's been arrested, obviously you've got concerns.  You need to do some things and typically, what I have you do if you were charged in the city of Northridge is you pick up the phone.  You call me.  We'll get you in.  We'll sit down and go over everything.

Right now, it's the coronavirus, but we can still meet with masks on; that's not a problem; we go over what happened, talk about it and try to figure out a game plan for how we're going to deal with it.  Is it going to be a case where we're going to say you're not guilty and fight the case?

Or, is there evidence that you did something wrong, and we need to work out some plea bargain with the prosecutors.

Working Out a Resolution with Prosecutor

Suppose we are going to work out a resolution with the prosecutors. In that case, I'm going to need you and me to huddle up, get some character letters together, find out about you, your future, your job, your family, and all the good things about you because a lot of times when the police arrest you.

They're trying to build a case against you instead of trying to get the complete picture of what happened.  So, sometimes we get a lopsided version from them that's slanted against you, and it's my job, as your criminal defense attorney, to defend you. If you've been arrested in the city of Northridge, I want to make sure that we get your side of the story across to the prosecutor and the judge and make sure we get a fair resolution in your case.

Review of Evidence Against You

That takes us going through the paperwork, seeing precisely what they're claiming that you did wrong criminal-wise, what evidence they have against you, what witnesses they have. Sometimes we have to do our investigation and get proof that's helpful to you to show the judge and prosecutor both sides of the story.  That's crucial in criminal defense, and I'm very good at doing that.

I've handled hundreds of cases in the city of Northridge and around the campus of Cal State Northridge, and I can help you with yours.  What I would suggest you do is pick up the phone.  Make the call now.  I can get working on the case. Once the case goes to court, I'll talk to the prosecutors and the judges on your behalf with who I have a good working relationship, and I will figure out a game plan.

Obviously, with your assistance, we ensure that we protect your rights, your freedom, your reputation, and everything necessary to you and get you out of the criminal justice system as fast as possible. Hedding Law Firm is a criminal defense law firm located in the San Fernando Valley at 16000 Ventura Blvd #1208 Encino, CA 91436.