Criminal Defense in the City of Sylmar

There's a lot of crime in Sylmar,  and I've been handling cases that come out of that area for the last 26 years.  There is a court in the Sylmar area. Still, it's the juvenile court, so that juvenile court handles all criminal cases in the San Fernando Valley that involve somebody under the age of 18 that is filed as a criminal case.

Sylmar is a conservative area, and if you had a jury trial because you committed a crime in that area, you're going to get jurors from the Sylmar area, the San Fernando area, from the Van Nuys area, but also Canyon Country, Saugus, some of the more conservative areas.

So, you don't want to take a case to a jury trial if it's sprung out of the city of Sylmar unless you have sound issues and you have a real good chance to win because juries are very difficult to deal with it relates to that. 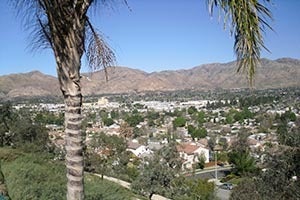 Sylmar is a beautiful location, and there are a lot of cases that happen in that area.  There's some gang activity, so the police are kind of on high alert.  Mission Station is in that vicinity, and sometimes even Devonshire gets involved. The police department in San Fernando is also in that jurisdiction.  But the city of Sylmar itself handles a lot of different crimes, whether they be domestic violence, DUI-related offenses, theft, or burglary.

So, there's a whole gamut of crimes that I've seen in the city of Sylmar over the last 26 years and that I've defended. So, if you have a case — you either live in that city, or you purportedly committed a crime there — you're probably going to be sent to the Sylmar court if you're a juvenile, but if you're an adult, you're going to be sent to one of the other courts.  They'll give you a citation.

The citation will say precisely what courthouse your case is pending in.  My main hub office is in the city of Encino, so I do a lot of issues there, and I'm pretty familiar with how cases are handled. I also know which jurisdictions they go to, and I think the best thing to do if you have a chance and you were arrested in Sylmar's city and need help is to call somebody like me.

We want to talk about what particular crime you're being accused of, decide whether or not it's something you're going to fight in a jury trial or whether there's evidence that helps prove the case, in which case we're going to try to negotiate and get a mitigation package together.

Sylmar is in the county of Los Angeles, so the District Attorney's office staffs that area, and I think the first thing to decide is whether or not the case is going to be fought or negotiated. Once we determine that, we'll get a good strategy together based on who you are, what type of job you have, what kind of character letters we can get together, and whether or not there's any defense to either win the case or lessen the charges against you.

We will put our game plan together in either a face-to-face meeting or a meeting over the phone and get the discovery, which is the paperwork in the case, and talk about everything. So, I stand at the ready to help you.  If you have a case out of the city of Sylmar, pick up the phone now.  Make the call, and we'll start moving in the right direction so you can get out of the criminal system as fast as possible.  Contact our office for a free case evaluation at (213) 542-0940.