Criminal threats under California Penal Code 422 PC are cases that I've handled a long time since the early 1990s. They weren't as serious of a crime in the early 1990s, but since they have really gained a lot of steam, and now they've been classified as a strike in California.

They are a violent felony. The prosecutors file these cases all the time, and if you get convicted of a felony criminal threats case in the Van Nuys court, you're looking at having a strike on your record for the rest of your life that you cannot get off. So, these cases are very serious. They are taken very seriously by the prosecutors.

This takes a skilled criminal defense attorney to bring this out to show the prosecutors what's going on. Often, the police are too lazy and don't put the investigation in and take the time to talk to the defendant and speak to all the witnesses. So, the next you know, the person who is arrested has posted $50,000.00 or $100,000.00 bail, is sent to the Van Nuys court system, and charged with a severe case like a criminal threats case.

Review of the Criminal Threats Allegations

You feel as though you're behind the 8-ball. Still, the reality is once you get a good criminal defense attorney on the case, if you've got mitigating circumstances, we sit there, we do the investigation, we get the evidence, and then if necessary, we'll do the preliminary hearing in the case where they're going to have to call the main witness or witnesses against you, and that's when we can dig into the matter and see how strong their case is. 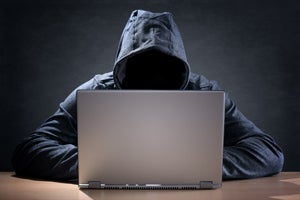 Often, the prosecution's case falls apart because the police did not do a proper investigation. It shouldn't have been filed as a criminal threats case. There are no elements to prove the criminal threat charge under Penal Code Section 422.

Therefore, what ends up happening is either the case ends up getting dismissed, or the prosecutor realizes that the issue is not as vital as they thought it was and should not be filed the way that it was filed. Therefore, they end up either having to dismiss the case or give the defendant lesser charges in the Van Nuys court system than a criminal threats case.

So, what I have you do is have you come in. We have you go over all the facts and details of the case. What helps n these criminal threats cases is if we can see exactly what the police report says and what the prosecutors are claiming is going on with the matter.

Then we're in a much stronger position to send our investigators out to talk to the witnesses, get the evidence we need, and get down to the nitty-gritty of what's going on in your case. You cannot afford to have a criminal threats case, so we try to mitigate these cases down to something less or fight the case in front of a jury and use a Van Nuys jury to prove you not guilty of the criminal threat charge.

If the prosecutors have evidence, for example, you left a phone recording threatening to kill somebody. We're going to have to mitigate the circumstances – show that you never intended to kill anybody.

You didn't have means. You were just angry and then showed why you were mad so we can try to mitigate things so you don't end up with this horrible conviction. Not only are you facing a strike and a felony conviction for the rest of your life with these criminal threat cases in Van Nuys, but you're also looking at potentially going to prison.

So, it would help if you took your case series. We need to get you in the office, sit down, and go over everything under the attorney/client privilege cloak. We'll get all the facts and details, and we'll see if this is a criminal threat case, or it's some other case that has been over-filled by the prosecutors and over-investigated by the police.

Once the defense gets their hands on it and puts the actual evidence in there, and gets your version of events across to the prosecutors, we can begin to turn the tide and change the tables on the case and put you in a much stronger position to be able to defend your criminal threats case in Van Nuys successfully.