How to Deal with the Fear Associated with a Criminal Case

Meet With a Criminal Lawyer to Discuss Case

When somebody is charged with a crime in California, it's one of those things that you'll never forget, and it's tough to deal with as it's going on. First, you have the shock related to the arrest, where you lose control.  The police take you in custody, throw you in the back of a police car, or they give you a citation telling you you have to appear in court, and then you have that fear of what's going to happen when you appear in court.

Your whole world flashes before you when you're charged with a crime because you're thinking to yourself, what is going to happen to me?  I want the answer right now. Often, you can get some answers, obviously, by meeting with a seasoned criminal defense attorney. They will be able to give you an idea of what you're facing based on: 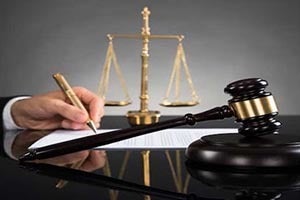 Other times, you can't get the answer right away.  Sometimes people are charged with very serious crimes, and it's not 100% clear which way the facts will twist:

There's a whole host of concerns that bring fear and worry to the hearts of anybody facing the unknown and facing consequences that can change their entire lives.

As your criminal defense attorney, I try to help you deal with that fear and help you figure out precisely what you're facing and what you can do to help your situation. That's part of dealing with and attacking a criminal case. That is helping your client get peace of mind, allowing your client to deal with the fear associated with criminal charges and the consequences that are pending against them.

So, first, we lay out everything on the table, and we can do that at our initial meeting.  You're going to have an idea of what you're facing and what the worst thing is that could happen to you.

Fight the Case vs. Plea Bargaining

Sometimes that means we will fight the case and try to convince a jury that you're not guilty. Other times, it will mean that you will have to accept some resolution to settle your case. But obviously, we're going to try to make sure the solution deals with the concerns you have for the future.

The concerns are that you might go to jail, that you might lose your job, and a whole host of other bad things that could occur to you when dealing with a criminal case. So, if you're looking for somebody who's not just looking to win the case, which, of course, we're trying to do, but also deal with the other things associated with a criminal case — like fear and like your life is on the line.

Further, to feel like you're being represented the right way, ultimately ending up with the best possible result for your case. You've come to the right place.  You've taken the first step.  Pick up the phone.  Ask for a meeting with Ron Hedding, and I will do everything to help you. Hedding Law Firm is a criminal defense law firm located in Los Angeles County, and we offer a free case review by phone, or you can fill out our contact form.