Over the last 26 years, I've defended and negotiated many murder charges and murder cases in the San Fernando courthouse.  It's a pretty conservative jurisdiction as far as jurors go. Jurors are being pulled from Saugus Canyon County/Valencia — in that neck of the woods and, obviously, some in the San Fernando area. California Penal Code 187 PC defines the crime of murder.

But I do think it's a fair pool of jurors, and if you've got a good case, whether it's a self-defense case or a murder charge where they don't have the evidence that your client was the perpetrator — there's a whole host of different defenses that can be utilized in these San Fernando murder cases. See CALCRIM 520 – Murder with malice aforethought and CALCRIM 521 – Murder degrees.

We're going to look at the facts and circumstances of the case by reviewing the police report.  I like to talk to the prosecutor to see what their theory of the case is and what they're going to try to argue in the criminal case, and then obviously talk to my client. 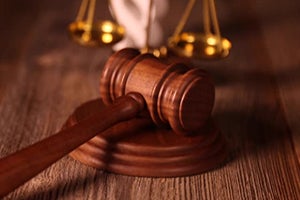 Then we can put our defense together.  Probably one of the biggest things that I see in these cases is trying to figure out from the beginning whether or not we're going to try to work out a deal with the prosecutors, or whether or not it's going to be circumstances where we're going to have to go to trial.

Sometimes we have no choice but to go to trial because the prosecutors will not offer any resolution that the defendant would take.  For example, if they're offering some sentence that includes life — for example, 15 to life; 25 to life — many times defendants don't want to take that resolution because there's no guarantee that they'll ever get out of custody again.  So, they figure they might as well try the case and get a better result.

We also have to evaluate how good the evidence is against the defendant.  In other words, if a group of 12 reasonably-minded citizens would think that the person is guilty based on the evidence, then obviously, that's not a case that you want to take to trial. If, on the other hand, there are some good legitimate defenses that make sense and a San Fernando jury would likely acquit the person, then that's a cause you're probably going to want to take to trial.

You also have to weigh the potential downside versus the potential positive outcome.  Sometimes the person did do some things wrong and they're going to get convicted of certain crimes, but they're just saying they're not guilty of the murder. In that case, we have to see realistically, if they went to trial and were successful — found not guilty of the murder in San Fernando, but guilty of some other crimes — what would their sentence likely be?

That's when you approach the prosecutor and say, here's what we're willing to take on the case and you're doing that because you know you'll probably get at least that.  Why risk the murder charge when you can get a lesser charge?

So, there's a whole bunch of things that go into these murder cases and the biggest thing to do is to get an attorney that you feel comfortable with.  Be honest with that attorney.  Give him all the details and facts that you know.

Sometimes you're a family member looking to hire an attorney.  The best that you can do is do your research.  Check the attorneys out.  Talk to the attorney.  Meet with them face to face.  Get a good sense for the attorney before making a decision to hire.

I like to meet with people face to face.  I like to hear what they have to say.  I can usually lend some pretty good insight — especially on murder cases in San Fernando — because I've tried many of them there.  I've been making appearances in that courthouse for the past 26 years, so I know who all the judges are.

So, it will probably be somebody who's got some experience, who's been around the block because these murder cases are taken very serious by the prosecutors.  They have top investigators on the cases and they're going to have their top prosecutors on there as well.

So, if you or a loved one has a murder case in the San Fernando courthouse, please pick up the phone.  Call me.  We'll go over everything and take the first step towards dealing with your very serious case. Hedding Law Firm is a criminal defense law firm located in LA County and we offer a free case review by phone or you can fill out our contact form.