Negotiation with Prosecutor Before Charges are Filed

I've been handling criminal cases in the San Fernando courthouse now since 1994, when the court had been almost destroyed by the Northridge earthquake  I remember they had moved all of the cases to the outer government buildings surrounding the courthouse while they fixed all the courtrooms and then they finally re-opened the courthouse.  So, that's a long time doing pre-filing interventions to avoid criminal cases being filed against my clients.

Criminal defense attorneys will approach the prosecutors before the case is filed because a lot of time, what happens is the police do a one-sided investigation.  They're not lawyers.  They're not sophisticated. They don't know what exactly needs to be looked at in evaluating a criminal case.  It can't just be all one-sided.  What I think is unfortunate what the police do is that the will decide to file a case based on limited information.

In other words, they get their theory of the case.  Okay, we think the guy did this — committed a sex crime, committed a DUI, committed a drug offense — whatever the subject matter is, so they focus on just getting evidence that proves that the person is guilty.

But what they don't think about it, wait a minute, there's always two sides to a story, and maybe there are other motives at play here that they're not considering.  They should be trying to figure out what happened — looking at both sides of the equation and then going out and doing their investigation.

That's why it's so crucial in some cases — not all cases — but it's essential for your criminal defense attorney to do their investigation, and they're going to do it from the opposite — the polar end of what the police do are doing it for. 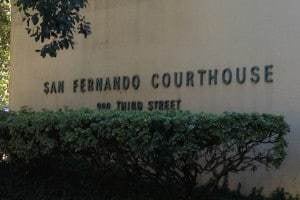 So, many different things depending on what type of case we're talking about.  So, the defense attorney is going to do their investigation. They're going to be looking for evidence that helps get their client off — that helps mitigate things — that helps show the prosecutor the other side of the coin, and this is something that the police don't do.

That's why when we do our pre-filing investigation and intervention, we first have you come in and go over the whole case.  We want to know what the police will be saying you did wrong.  We start there.  So, now we put out there what we need to refute.

Once we have that out there, we talk about what evidence they're going to bring and what evidence we can bring.  Is there any investigation we can do?  Are there any witnesses we can talk to? Is there any video that we can get our hands on?  So, we're looking at getting an investigation done from a defense standpoint and then providing that to the prosecutors and saying, hey prosecutors, I understand that you guys got some stuff from the police.  Here are some things from the defense.

So, before you decide whether to file this case, here's some information we want you to look at because we don't think the police have done a thorough investigation, and we're just trying to help you make the right filing decision.

Because technically, the prosecutors are supposed to be in the business of doing justice, not necessarily prosecuting every single case.  They need to get a fair result, and sometimes it's not just what the police say.  It's not just what the alleged victim says.  It's more than meets the eye.

But you can't just say that and make that conclusion statement.  At a pre-filing level, we are going to do the investigation, get the information to the prosecutor with an eye towards either getting a non-filing or a rejection by the DA's or City Attorney, or we're going to try to get lesser charges.

We will try to get you in a better position to do damage control right from the beginning.  Let's not wait until the case is filed.  Let's move now.  Let's make moves now that can benefit you in the future. And in the San Fernando courthouse, I've had a lot of success doing things pre-filing, getting to those filing deputies.  I even send the information to the police, and they're forced to put it in the package that they give to the prosecutor.

So, now we get our stuff in with the police, and sometimes you get police officers who want to be fair, who wish to investigate the case the right way. We help them do that and give them access to information, and we take the time to do the investigation that they either don't have the time to do or don't want to do. Hedding Law Firm is a criminal defense firm located in Los Angeles County and offers a free case review by phone or by filling out our contact form.

Related:
How is a Case Prosecuted in San Fernando Criminal Court?