The Van Nuys courthouse covers a lot of ground as far as hit and run cases go. In other words, when someone gets involved in a hit-and-run case, it's going to go into the Valley Traffic Division. The police are going to investigate it. They're going to try to get their hands on the car and look at it if it's not at the scene. They're going to come and try to talk to the person either at their work or home, or they're going to call them or send them a letter. Ultimately though, the case is going to end up in court.

These hit-and-run cases are taken very seriously, significantly if somebody has gotten injured in the case. If it's a bad injury, they're going to send the case to Division 100 in the Van Nuys court, and you're going to be looking at a high bail- probably $50,000.00 or $100,000.00. 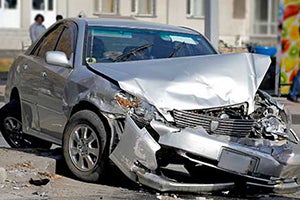 You're also going to be looking at potentially spending some time in jail. So, you're going to want to get the best attorney possible. Felony hit and run charges are covered under California Vehicle Code 20001 VC.

If it's a misdemeanor case, it's still taken seriously under California Vehicle Code 20002 VC. While it's still severe, many different things can be done. A lot of time, we can get a civil compromise. If it's appropriate, we can get the case dismissed. We can get the charges changed to something lesser.

Again, it depends on the circumstances, like do you have a driver's license? Do you have insurance? Are you able to make the victim whole and pay for their car? These are all essential considerations when it comes to hit-and-run cases.

So, you're going to want to get a defense attorney who has been down this road before. Who has done these cases early in the Van Nuys courthouse and knows the strategy, has had success, knows what to do, knows what type of angle to take when it comes to these hit-and-run matters. Our Los Angeles criminal defense lawyers will provide an overview below.

Punishments for a Hit and Run Case

One of the most extensive punishments you get is a criminal conviction for hit-and-run. You want to try to avoid – either with a lesser charge or try to set up some diversionary program or a civil compromise – so you can avoid a conviction altogether.

Nobody wants a conviction on their record. But if you end up with a sentence, we will set things up to get it dismissed. To get it expunged off your record, which is essential. Other potential punishments include jail time, community service, Caltrans, community labor, and loss of your driver's license. You're dealing with a couple of entities here.

You're dealing with the criminal court, plus if you get a conviction, you earn points on your record, and then the DMV can come in and take your license. Hit-and-run cases with injuries can cause you to lose your license for a significant period.

Strategy Session to Fight the Hit and Run Charges

So, what I have you do is come in. We sit down for a strategy session and decide what we will do. A lot of times, the police have your car. You need to get it back. We need to go in there and make a statement or type up a statement and let the attorney deal with the statement.

You're going to put yourself in a position where you will end up with a criminal record and potentially go to jail. So, why would you not use an attorney who has done these cases before, who is local to the court?

I get you in, and we talk about it. I ask you to be honest. Tell me what happened, and then we'll put together a strategy – a plan – and you'll know exactly what you need to do to help and what I'm going to do to get the job done for you. Once you have this knowledge and understand everything and it makes sense to you, it will bring a sense of calm and control back to your life, and you're going to deal with this hit-and-run matter head-on, and you're going to take it to care of it the right way.

If you have a hit-and-run, handle it right. Call an attorney at the Hedding Law Firm who has been doing this for twenty-five years and has dealt with hundreds of hit-and-run and who knows what it takes to be successful in the Van Nuys courthouse related to a hit-and-run matter.

Related:
Hit and Run Defense in the San Fernando Valley