This was one of the more interesting cases I've done in my career, and I've been doing this for 26 years.  I've worked for the DA's office, a Superior Court judge, and then since 1994, I've been a criminal defense attorney, only defending people who are charged with crimes.

In this particular attempted murder case under California Penal Code 664/187 PC, my client looked at 30 years to life.  She was supposedly involved in a gang shooting in downtown Los Angeles. It was interesting because it happened on Halloween, and all the allegedly involved with the shooting were dressed in costumes, so it was a crazy case that went on for a long time.

Right at the doorstep of trial, the prosecutors tried to cement a box of discovery — paperwork– related to the case, and I said to the judge, I'm not looking at any of that paperwork.  It's not admissible, and I'm taking the case to trial.  My client has been sitting in custody now for two years.  This is ridiculous.

They can't come with paperwork two years later.  Of course, I was going to look at the discovery, but I was certainly going to try to block it all from coming in. Whatever it was, there was some evidence there that they tried to use in the trial of the attempted murder case ultimately. 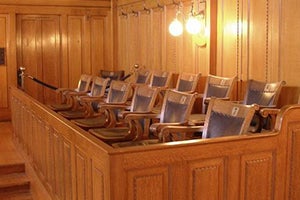 But what the prosecutors did — and this is where you know you're dealing with people who want the conviction.  They think somebody is guilty, so they will play dirty pool to get that conviction.

So, they dismissed the case at the doorstep of trial because they knew that I was right and they needed that evidence — or at least they thought they needed that evidence — so what ended up happening has they refiled it right away, so my client didn't get out, and it all started all over again. Our Los Angeles criminal defense attorneys will review this topic in more detail below.

Ultimately, that case went to trial, and it was crazy because they brought these two sisters to testify.  Both the sisters were in custody, and they were supposed eyewitnesses to what happened.  They were some of the worse witnesses.

They contradict each other's statements and are a God-sent for the defense.  There were several issues with that particular case, and fortunately, we were able to convince the jury 11 to 1 — so eleven jurors were found not guilty; one was found guilty.

When they take that back to their boss, the prosecutors ultimately said, we're not retrying that case.  These poor people have been in custody now for two years.  So, after that 11 to 1 hung jury, the prosecutors, fortunately, dismissed the case.  My client got out.  That was it.  She was free to leave.

This is right up my alley.  I stand at the ready to help you. Hedding Law Firm is located in Los Angeles County and offers a free case review at (213) 542-0940, or fill out our contact form.