This is an interesting area of the law. It's usually where insurance companies feel like they are going to have to pay out money, or they've already paid out money on some auto insurance claim that they don't think is either fair or they believe the person is attempting to pull a fast one on them and get money for something that's not a legitimate accident or not a legitimate claim.

The best way to lay this out is to give examples.  I've had a client intentionally cause somebody to either destroy their vehicle by way of a fire or steal it and destroy it so that they could collect the insurance money on it. See California Penal Code 548 PC - damaging or abandoning a vehicle and CALCRIM 2004 jury instructions – the destruction of insured property.

They usually get into problems when they give an account of what happened, and the insurance company can confirm that part of their account is simply not true.

The umbrella for an insurance fraud claim is pretty big, so many people are being investigated and charged all of the time.  I've handled hundreds of these cases over the last 25 years.

Really what it boils down to is the insurance company is always looking for a way to avoid paying money.  So, one way to prevent it is to claim that there's some fraud going on, investigate it, and then if they can prove the person is trying to cheat them, they can avoid paying out the claim.

Statement Under Penalty of Perjury

Often, they'll also make a statement from a person under penalty of perjury.  They'll record the statement, and then if they can find that any part of the statement is not true, now they have a pretty good argument and angle to up-end the credibility of the person giving the statement. 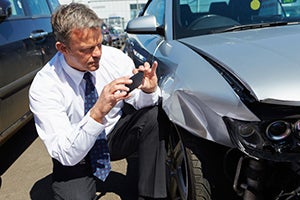 They'll either turn it over to the authorities, refuse to pay the claim, or both.  Then it will be the person's responsibility to try to prove that their claim is not fraudulent. These are complex cases because they'll get the prosecutors involved, and the prosecutors take over, and now you can't make any statements.  You have to do everything through your attorney; otherwise, you might incriminate yourself related to the subject insurance fraud case.

You want to get your attorney involved immediately as soon as you find out that you're being investigated for some insurance fraud. Sometimes, there are precautionary moves we can take to avoid you getting in further to the fraudulent claim. We might even prevent a fraudulent claim altogether if we can make some moves or stop you from doing something that might put you in further jeopardy.

So, the umbrella of insurance fraud is vast, and there are all sorts of different areas that I've represented clients on. Still, to boil it down to a nutshell, anytime an insurance company has to pay out money for something, they have multiple ways to figure out how to get out of it. Either they try to low-ball you on the claim, or they try to claim that you're committing some insurance fraud.

You're going to need to protect yourself; defend yourself, especially if they get the police involved because the police have a lot more authority and power than they do. Also, the prosecutors in the criminal case have the most power over anybody, so you want to make sure that you have somebody to match them and challenge them if you're charged with any insurance fraud.

You're insured for whether it has to do with a vehicle or any other type of insurance claim. With an insurance company motivated by money, they're not likely to be very fair and equitable when dispensing cash.

So, you need somebody to challenge you and defend you all the way, and if you did commit some insurance fraud, you're going to need an attorney to do damage control with you.  Not just with the criminal prosecutors, but likely with the insurance company.

Some of the possible penalties for insurance fraud could include a felony on your record and up to three years in prison. You have to pay back any money that the insurance company is out of pocket.