What Are the Best Defenses for Medicare Fraud Cases?

There are numerous laws, both federal and state, that make conduct relating to medical, health care, and insurance fraud a criminal act. 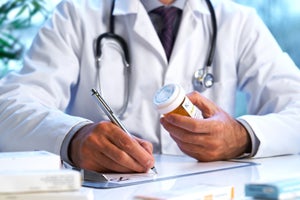 For example, California Penal Code 550 PC makes it a crime for anyone to knowingly submit fraudulent insurance claims, including presenting multiple claims for the same loss and providing false information to an insurance company. In fact, this law makes it a crime to:

A Penal Code 550 violation is a felony crime punishable by up to five years in jail and a fine of up to $50,000 or double the amount of fraud.

In this article by our California criminal defense lawyers, we will look at this topic in more detail below.

What is Medi-Cal Fraud?

Medi-Cal is a health insurance program operated by the California state government to benefit low-income, elderly, and disabled residents.

It's designed to help people, but fraud allegations from patients to healthcare providers are common. Medi-Cal is a state-run program assisting people in accessing affordable medical care.

What is Federal Medicare Fraud?

Federal Medicare fraud charges are covered under 18 U.S.C. § 1347 and occur when somebody willfully executes or attempts to defraud any healthcare benefit program by false pretenses, representations, or promises to obtain money or property controlled by the program. 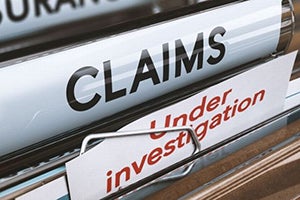 In other words, this statute makes it a federal offense to commit fraud against a federally operated healthcare benefit program. In all fraud crimes, the primary factor Medicare fraud charges are the intent to defraud.

Usually, a federal prosecutor will attempt to prove this critical element of the crime by showing the defendant used false pretenses to obtain money or property they were not entitled to receive.

Health care providers, like doctors, nurses, clinics, hospitals, and physical therapists, are all common defendants in federal Medicare fraud cases. Other similar statutes are considered a form of Medicare fraud, including:

A conviction for Medicare fraud will generally result in the loss of a medical license, making it difficult for a defendant to find work in the health care profession again.

Defenses of Medicare fraud frequently hinge on the intent of the accused. As noted, the healthcare fraud charge requires a specific purpose, defined as an act committed knowingly and willingly.

Are Most People Charged Employed in the Medical Field?

Yes. In the many years that I've been practicing criminal defense, I've dealt with several Medicare fraud cases, and I can tell you right now, usually, what's going on, somebody is working in the medical field. 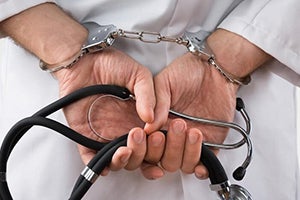 If you cheat them in any way, if you don't give them their money, if you underbill – if you do anything to mess with the government's money, they've got agents that will come and get you. Not only will they get you civilly, but they will also get you criminally.

So, you have to look at precisely what they're claiming that you did and, of course, what they can prove you did.

That's why when it comes to a Medicare fraud case, I think the first thing to do if you know you're being investigated or you've been charged or you're going to be charged or you are concerned that something is going to happen, is you have to get to an attorney right away.

How Can You Fight Medicare Fraud Allegations?

Come and sit down with somebody like me.  I'm going to encourage you to be honest.  Give me all the details –the good, the bad, and the ugly.  Please don't leave anything out so I can best decide how to help you with your case.  Then we're going to look to:

So, you have to get that wired down first. Once you decide whether or not you're going to fight the case because the government doesn't have the evidence or whether it's a case, we better work out some resolution because they have evidence against you; we're going sit down.

We will map out a strategy, depending on how we answer those questions, and then we will execute the plan.  You're going to let me lead the way.

So, if you want the best if you're being investigated or charged for insurance fraud or Medicare fraud, pick up the phone now.  Ask for a meeting with Ron Hedding.  I stand at the ready to help you. The Hedding Law Firm is located in Los Angeles County, California. We provide a free case review by phone or contact form.