Many things are changing right now in the domestic violence laws as far as how they're implementing the rules and what's happening in the courtrooms. First and foremost, one thing I have to explain to people when they come in is that right now, there's a policy in the San Fernando court that if someone comes in with a domestic violence case, they're they're going to issue a full protective order between the alleged victim and the defendant.

That means, for example, if two people are married and they get in a domestic violence situation and the husband, for instance, gets arrested, he has to post the $50,000 bail to get out of custody.

He then gets a future court date, let's say in 30 to 45 days — under that circumstance, unless the wife goes into civil court and receives a civil restraining order or the police issue an emergency protection order against the husband, he could come back home. 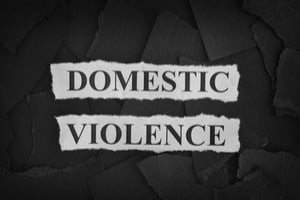 If there's no order in place blocking a person from coming within 100 yards of a home or a person, the husband technically can go back home while he waits to go to court. Now here's the new wrinkle that's happened.  When you go to court, the judge will issue a full stay-away order in a San Fernando court.  So, that means if you live with somebody, you got kids, a job, etc., you're going to be ordered out of your house while the case is pending.

So, that's one of the significant changes that I've seen take place.  Before this change took place, they would issue a protective order in every case, but if the wife in our scenario came into court and said, " Hey, look, I don't want a complete stay order.

Then the courts would usually grant what's called a Level One protective order, and then that person would be ordered not to annoy, molest, harass, stalk, strike the alleged victim, but then they could still come within 100 yards so that the guy could go back home after the first court appearance.

But now they're trying to block that.  I've got some strategies to work around that I talk to my clients about in the privacy of my office once I hear all the information they have related to their case. I look at their criminal record.  I look at how bad the alleged domestic violence was, and then we come up with a game plan so you don't get kicked out of your house.

So, that's one aspect of a domestic violence case in San Fernando that you need to consider.  The second aspect is that it's a pretty small prosecution agency.  You have wanted to deal with the prosecutors before, so you have an idea of their tendencies depending on the type of case you're talking about and the particular defendant you have.

So, long story short, just because a family member doesn't want somebody prosecuted, that has no bearing on whether the prosecutors will charge a particular domestic violence/spousal abuse case. See CALCRIM 841 - battery against a spouse, and CALCRIM 840 - corporal injury to a spouse.

What does have a bearing is how good their evidence is, especially in the San Fernando courthouse.  If there's no injury and someone's claiming they were punched in the face, that's an automatic inconsistency that a good defense attorney can exploit.

So we have to see how strong their case is.  We have to see if they have evidence that will dictate what type of success you will have in a San Fernando domestic violence case.

But make no mistake about it.  It's a political crime.  Some of these cases are very difficult to deal with.  I've been doing it for 26 years there in San Fernando, so I know exactly how to handle it. I know who all the players are — all the parties dealing with these types of cases — so pick the phone up.  Make the call.  Take the first step towards getting your San Fernando domestic violence case dealt with practically, robustly.