As you might guess, Los Angeles County and especially the San Fernando Valley, has many drug crimes investigated by the Gang and Narcotics Division of the Los Angeles Police Department. Also, the Sheriff's Department has a section of the San Fernando Valley that they patrol.  They're usually the ones that are arresting people for drug-related offenses.

Much of the information they gather to investigate, get search warrants, and make arrests comes from people arrested for drug crimes in the Valley. They cooperate with the police and give the police a lot of information. I often see the police arrest somebody for possession of sales or drugs (CALCRIM 2302), especially if they view that person as a small-time player.

California Health and Safety Code 11351 defines possession of a controlled substance with intent to sell. They will arrest that person, threaten that person, tell them that they're looking at a lot of time in custody, and try to get that person to give them information about other drug crimes that are taking place in the San Fernando Valley.

That's one situation the police investigate and prosecute drug crimes, sales, possession for sales, drug trafficking, and manufacturing (CALCRIM 2330) of any type of drugs in the Valley. California Health and Safety Code 11379.6 defines manufacturing as a controlled substance.

Negotiation with Prosecutor and Law Enforcement

It's interesting because, on the flip side of that, you have a scenario where the prosecutors in cases in the San Fernando Valley or Los Angeles aren't highly involved in cooperation agreements. 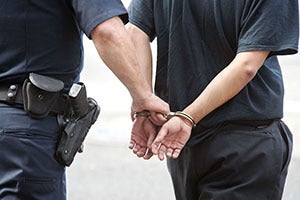 It takes an act of Congress on a drug crime case to get the prosecutors to agree to give a person a better sentence if a person cooperates, or they'll dismiss the case.

So, you have to get a letter from a Captain saying that the person cooperated and requesting that the prosecutors give credit for that cooperation.  Then that letter goes to downtown Los Angeles, and they have a specific group of individuals who deal with cooperation cases, but it's scarce to see that.

Whereas at the police level, they engage in many cooperation-type activities.  They'll even grab somebody, and they won't prosecute that person if they cooperate. Sometimes, the police lie to people in these significant drug cases, tell them they're going to do something, and then they don't do it, and the person doesn't have any fallback to do anything about it.

Drugs in the San Fernando Valley have been going on for the last 26 years that I've been practicing, and I'm sure before that.  The courts — San Fernando and Van Nuys — handle them very seriously, and the penalties can be severe.

This is especially true if gang affiliation is related to the drug trade, the person is selling drugs, or if any weapons are found.  Those seem to be the main areas where they come down hard when someone's got a gun when gangs are involved.

Also, when you're talking about large amounts — major narcotics will usually get involved — and it's unlikely one of the Valley courts would handle it.  It will probably be moved to downtown Los Angeles. Or, if it's on a big enough scale, the feds will get involved and be prosecuted in the Central District here in California.

Suppose you have a drug case, then you must contact an attorney like e who knows the court system, who has handled issues with the prosecutors in that court system, and can bring to bear all of the mitigating evidence related to you. The types of things that they're worried about are protecting the public from drug overdose and any violence that might occur during a drug transaction.  So, the San Fernando Valley narcotic officers are tasked with investigating drug-related offenses.

They are notorious for trying to get people they arrest to cooperate with them and give them information about other people.  I mean, to the point where they will say to somebody — especially somebody they view as a user — listen, if you tell us where you got this from, who you got it from — give us some information — we'll let you go, and they'll do it.  They're not kidding about that. 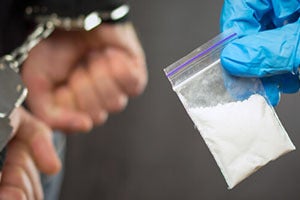 But if you're a little more involved and you're selling it, and they're trying to go up the chain, and they say to you in a drug case, the Valley narcotics detectives — if you tell us who gave this to you, we'll get rid of your case.

I would be slightly leerier because they're often not truthful about that.  You always want to get an attorney involved, especially when you're facing potential charges when talking to the police because the police will be a lot more evil than the prosecutors.

The prosecutors are lawyers.  They know they have to be careful about what they say and do.  So, they're not going to make any representations that aren't true.

So, if they tell you something, it's typically good, accurate information that you can take to the bank.  If you have a drug case pending or you're getting arrested for a drug case, and the detectives or police are telling you something, I would scratch my head on that one.

What are the Defenses for Drug Cases?

Make sure you go to an attorney before you decide about taking any deal where the police are making representations.

But if you have a drug case, you're in a much better resolution.  A lot of these cases that you used to have to serve prison on are only done in county jail, and the percentages of time because of the issue of overcrowding in the county jail are a lot less than they used to be when I first started.

You also impact programs like Prop 57, Prop 47, and others that have made drug cases straight misdemeanors where they used to be felonies. So, many good things are going on from a defense standpoint related to drugs in the San Fernando Valley and the courthouses. However, prosecutors and judges are still the same.  They still believe that drugs are very harmful to society.

Some victims overdose, so they're looking — if they get an opportunity — to send people to jail or prison if they possibly can in some of these drug cases.  So, you want to make sure that you're well represented and you've got an attorney who's handled your type of case in the Valley courts.

So, if you need help, this is something that's right up my alley.  I've been handling these questions for 26 years.  I've taken thousands of cases throughout the San Fernando Valley. Pick up the phone.  Make the call.  Get your case moving in the right direction.

You've got to have an attorney.  If you get an attorney involved, they can pressure the police if that's something you choose to do to make sure that you get credit because a lot of times, they want you to make two, three, four, five, six busts.

Nobody wants to do that.  It's way too dangerous for them.  A lot of people don't even have that type of information.  So, if you don't have an attorney involved, they can take advantage of you in the wrong way. So, if you've got a drug-related offense in the San Fernando Valley — whether it be a possession or possession for sales — pick up the phone and make the call.  Let's talk about it and see what we can do to get you the best result, such as deferred entry of judgment.

Related:
Strategy When Drug Use is a Reason for a Crime