Probable Cause for a DUI Traffic Stop

I've been defending cases now since the early 1990s for DUIs in the San Fernando Valley.  It's incredible how much the population has grown, and in kind, law enforcement has set up checkpoints, pulled people over late at night and on the weekends, searching for DUIs.

They will wait at liquor stores.  They will wait outside bars nightclubs.  It doesn't matter.  If you're out on a weekend night after midnight, the police will pull you over.  They don't care. 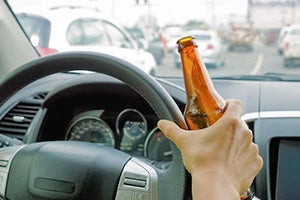 Police can't just pull you over on a traffic stop for no reason to check if you are driving under the influence.

I don't think it's fair.  I don't think it's right.  I believe it violates the Constitution.  The problem is the police know that defense attorneys will attack them, so they try to make up reasons to pull you over even if you've done nothing wrong.

Incredibly, they can wait outside a bar for somebody, pull them over at 2:00 in the morning, and the prosecutors pretend like they don't realize that the reason they pulled them over is that they were coming from a bar.

Or, I've seen it now, a lot of times, waiting outside of liquor stores.  They see people pick alcohol. A lot of times, people have already had some drinks when they pick up alcohol, and now they're going to pull the person over outside the liquor store. They make up something that the person did, which they probably didn't do, and now it's on.

The one fortunate thing you have on your side is technology.  Because of technology videos, San Fernando DUI cases are being overturned at a record number.  The police have bodycam evidence.

The police, who are not necessarily that sophisticated, don't realize yet how crucial those videos are and how they can be used against them to turn the tide. But it takes time.  It takes effort.  It takes grit to get those videos and make sure that you check every angle when it comes to a DUI in the San Fernando Valley. 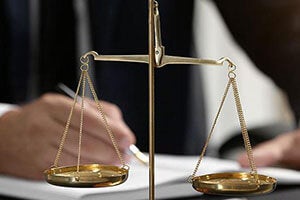 Call our law firm to protect your rights and freedom after a DUI arrest.

So, if you or a loved one is charged with one of your DUIs and you want to make sure that every single part of your defense rights is challenged checked, you've come to the right place. Pick up the phone.  Make the call.  Ask to speak to Ron Hedding.  Tell him you have a DUI in the San Fernando Valley.

You're probably going to appear in Van Nuys court, San Fernando court, or one of the other courts in the east. Pick up the phone.  Make the call.  I stand at the ready to fight for you and protect your rights, freedom, career, and everything you hold dear.

Hedding Law Firm is a Los Angeles criminal defense law firm located in the San Fernando Valley and we offer a free case review at (213) 542-0940.