I had a client trying to drive to work and ended up getting in an accident with a motorcycle, and the motorcycle driver died.  After a year-long investigation, prosecutors charged him with involuntary manslaughter under California Penal Code 192(b). He was looking at a criminal record.  He was looking at responsibility for this accident.  It was unbelievable to me just reading the police report; it did not look right what they were trying to do to him.

I tried to put myself in his shoes and say what he could have done differently.  It was in the wee hours of the morning, about 5:00 in the morning.  He's heading for work.  He's making a left-hand turn.

There's nobody around, and some idiotic had been blocking his view because they parked a massive truck along the left side, when you look to the left along that curve so that you couldn't see.  It's one of those situations where you have to peek out.

So, he consciously went out there; some motorcyclist is flying along and locks up their brakes.  The motorcycle falls and hits his car.  The guy slams the car and tragically dies.  You never want to see anybody killed, but I don't know what else my client could have done. Our Los Angeles criminal defense lawyers will cover this topic in more detail below.

I'll tell you, the thing that caused the prosecutors to dismiss that involuntary manslaughter case was that we got an accident reconstruction expert to look at all the available evidence and do a report.  Then I turned that report over to the prosecutors. 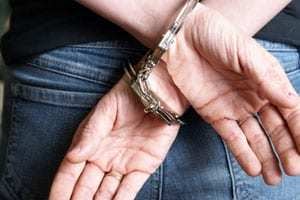 So, the prosecutors knew that this expert would testify on behalf of the defense. They tried to use an officer I don't think was an expert.  He didn't get the speed of the motorcycle.

The motorcyclist was speeding, so you put all these factors into play, and what your bottom line has is a tragic accident.  That's not criminal. The guy shouldn't have been prosecuted.  I remember the expert put a beautiful report together.  I said to the prosecutor, look, I don't know why you guys charged this case in the first place; you didn't trust it, it was one of your filing deputies, and they didn't have this report that I'm about to give you.

Case Dismissal and a Clean Record

I gave them the report and said, if you take this case to trial, I will whip your ass.  It would be a not guilty verdict, and they knew I was right.  They looked at it very carefully, and they realized they wouldn't be able to challenge that expert.  The guy knew what he was doing.  He was on the money.

The case was questionable in the first place.  Adding in the expert against them will break the tie against the prosecution, and they don't like to take cases to trial and lose.  So, fortunately, we were able to get that great result for the client. We used the expert perfectly, and he ended up with the correct result, which was a dismissal and a clean record.