How Can You Get a Not Guilty Verdict in a Kidnapping Case?

I've tried many cases over the years, and I've had several California Penal Code 207 PC kidnapping cases go to a jury trial.  So, I think I have a pretty good idea of getting that not-guilty verdict.

I'll talk a bit about how I got a not-guilty verdict on a kidnapping case in Los Angeles, specifically in the court of Norwalk.  I guess the simple answer to that question is to show a jury that the prosecutors have not proved the case against your client and met all the elements of the jury instruction, and then you can get the not-guilty verdict on a kidnapping case. 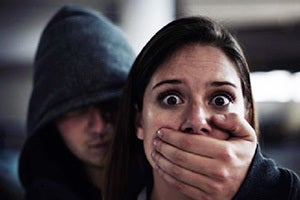 Kidnapping is distinct from its lesser included offense, false imprisonment defined under Penal Code 236 PC, in that kidnapping requires the victim to be moved. Holding someone against their will in one location, i.e., preventing them from leaving, is the crime of false imprisonment, which is usually related to domestic violence cases.

Under Penal Code 209 PC, aggravated kidnapping can be charged if you used force or fear on a victim under 14, caused the victim to sustain serious bodily injury or death, or demanded ransom after the kidnapping.

PC 207 & 209 Kidnapping is a “strike” offense under California's three-strikes law. Still, the applicability of three-strikes in Los Angeles County, in particular, is now in doubt due to the new LA District Attorney George Gascon administration.  Our Los Angeles criminal defense lawyers will review this topic in more detail below.

What is the Definition of Kidnapping?

The legal definition of Penal Code 207, often called “simple kidnapping,” is as follows:

The elements of the crime (CALCRIM 1215) for kidnapping which the prosecution must prove beyond a reasonable doubt are:

There is no legal definition of how far a distance must be to qualify as “substantial.”  The courts, however, look to different factors to determine if this crucial element is met:

In other words, the facts and circumstances will be examined closely in determining a “substantial distance” for kidnapping cases.

Usually, when you start to look at the elements inside the California Criminal Jury Instructions (CALCRIM 1215 & 1201), the main issue typically involves the person's movement.

When you talk about the prosecutor charging somebody with kidnapping, you're talking about somebody doing something unlawful, moving that person against their will a substantial distance, and, of course, meeting all of the elements of kidnapping.

So, if you can show the jury that the prosecutors have not proved the case sufficiently beyond a reasonable doubt and did not meet all of the elements of the jury instructions for kidnapping, you can get that not-guilty verdict.

What you usually see happening when someone gets a not-guilty verdict in a kidnapping case is the prosecutors can't prove the case. It's generally because they didn't do a thorough enough investigation to get all of the details of the case. 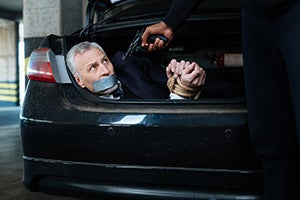 In other words, I often see these criminal cases in Los Angeles, which is a very crowded metropolis with many cases. The police are shorthanded; sometimes they're lazy, they only do a one-sided investigation.

So, the person claiming they were kidnapped is now claiming something to avoid paying that person money.

Years ago, I had a case in Norwalk, CA, where my client was accused of kidnapping for ransom, which was an aggravated kidnapping case under Penal Code 209 PC.

He also claimed he was eventually moved, a bag was put over his head, and some bad things happened to him.  My client was accused of kidnapping for ransom because he was trying to get money, and, of course, he was facing life in prison.

Showing Alleged Victim Had a Motive to Lie

Once you go into a jury trial and start to see things unravel or the victim's story wasn't consistent – he did have a motive to lie because there was money involved. It helped him have my client be convicted of kidnapping and going away for life; he would never have to pay that substantial sum of money he owed.

Once the jury saw that he had hidden that from the police and investigators in the case, in my opinion, that left an awful taste in their mouth.  They didn't trust the guy.  They didn't feel that he was credible.

When you have a situation where it's one person's word against another, and you don't have any surrounding evidence such as video, fingerprints, or eyewitnesses, a jury will have to believe everything that the alleged victim says.

If that person is caught lying, that person's story doesn't make sense – now you start to have the makings of a not-guilty verdict, because usually in that scenario, if the jury doesn't believe the alleged victim, then the prosecutor's case cannot stand.

Cross-Examination at a Jury Trial

A lot of times, the essential thing in a jury trial is the cross-examination of the alleged victim.  I did a videotape serious on cross-examination. It gives you an idea of how a criminal defense attorney – and I've been doing this for 30 years – can use their cross-examination skills to win a case, and that's precisely what happened in that case.

The jury came back not guilty.  That was a case in Norwalk in the County of Los Angeles, a very tough courthouse because it is conservative to win a jury trial.

Prosecutors Must Prove All Elements of the Kidnapping Crime

Also, if the prosecutors cannot prove the elements of kidnapping – that somebody was moved a substantial distance – the person who is the supposed defendant doesn't have some defense – they can't meet all of those elements.

If one of the elements is missing, that's a not-guilty verdict.  So, they must prove each element of the kidnapping charge.  You've got to go through the CALCRIM jury instructions.  That's one thing I'm very good at because I've done a lot of these cases; I know what we can do to block them from proving the elements of that kidnapping charge. 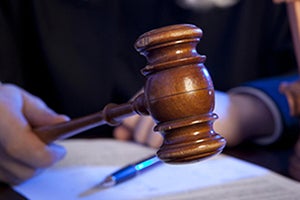 You also have to look at the flip side.  When you have an attorney like me who's been doing this for 30 years, who's handled kidnapping cases, I'm going to know when the prosecutors will be able to prove the case, and I tell my clients the truth.

If I look at all of the evidence, and then I talk to the client and I talk to the prosecutor, and I evaluate the case using my experience, and I say to myself, this guy is going to lose the case; then obviously, I'm going to tell you that.

I'm going to tell you why.  Ultimately, it's your decision.  Some of these cases can go either way.  In other words, you're leaving your fate in the hands of 12 people you've never met before, and sometimes the prosecutor has evidence that proves the case, sometimes they have issues with the case, and you really can't tell where the case is going to fall.

That's why you have circumstances where, instead of somebody being convicted of kidnapping or taking a deal for kidnapping, they end up making a deal for some other offense besides kidnapping because the prosecutors realize they may well not be able to prove the case against the person, so they're better off getting a conviction for something.

So, if you want that evaluation – if it's you or your loved one that's in trouble, being charged with kidnapping in Los Angeles, and you think it's a not-guilty verdict, I'm more than happy to talk to you to evaluate the case, and obviously, to get you my opinion on what I think makes sense under the circumstances.

That's the principal value of a great criminal defense attorney.  That's being able to evaluate a case, have been down the road that you're about to do, and give you an honest assessment. Whether you should fight the case and seek a not-guilty verdict, or whether it's best under the circumstances, to not risk a potential life or serious sentence and work out a resolution.

You've come to the right place.  Pick up the phone.  Ask for a meeting with Ron Hedding.  I stand at the ready to help you. The Hedding Law Firm is located in Los Angeles County, and you can reach us to review your situation by phone or our contact form.