Can a Pitchess Motion Help You in a Criminal Case?

A Pitchess motion involves getting information regarding police officers' records related to bad behavior, which could occur in many different forms. It can be filing a false police report.  It can be roughing up a defendant in a criminal case.  It can be lying.  It can be an internal investigation related to their internal affairs department.

It can be a whole slew of things. Still, the main reason you would make a Pitchess motion as a defense attorney is that you have a police officer who is a crucial witness against your client. You want to discredit that police officer to show that they have a tendency not to tell the truth, for example.  And then, by discrediting the police officer, you can help your client.

In some instances, if the police officer is not telling the truth, that messes up the prosecutor's case, and a lot of times in a jury trial, you can get a not guilty verdict.

How do you prove they're not telling the truth.  Unless there's a video of what's going on that creates a big problem for you. In this article, our Los Angeles criminal defense lawyers will review this topic in more detail below.

What is a Pitchess Motion?

A California “Pitchess motion” is described in Evidence Code 1043 and 1045. It's a request for information in a police officer's personnel file. In a Los Angeles criminal case, you will need to obtain a court order to review the complaints of a police officer. 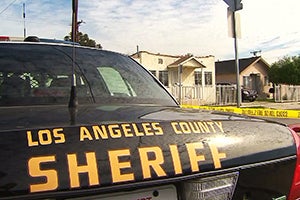 We will usually file a Pitchess motion as part of the pretrial process when there is reason to believe our client was the victim of misconduct by the police. A “Pitchess Motion” is named after the California landmark case Pitchess v. Superior Court (1974) 11 Cal.3d 531, when the California Supreme Court made these disclosures permissible.

After the motion, a court hearing will be held to determine if there is sufficient factual basis for misconduct by the police officer. If the court agrees, the motion will be granted, and the judge will review the police officer's personnel file. If there are complaints in their personnel file, the judge decides which complaints to hand over to our attorneys relevant to our misconduct allegations.

For instance, if we alleged the police officer falsified probable cause to search our client's vehicle, then any similar complaints from other people would be relevant to our probable cause misconduct claim. There is a range of allegations we will use to determine the basis of a Pitchess motion, including:

Suppose you believe the police officers involved in your arrest have engaged in any misconduct above, which directly impacted your criminal charges. In that case, a Pitchess motion could reveal proof they have a track record of this type of behavior.

How Can I File a Pitchess Motion?

As noted, a Pitchess motion is filed during the criminal court pretrial proceedings. Under California law, we must file the Pitchess motion in writing. Evidence Code 1043 describes that the motion must include:

The affidavit showing “good cause” to disclose the police officer's record is the most essential part of a Pitchess motion. The testimony must show a fact-based scenario that supports allegations of police officer misconduct in your case and why that misconduct is relevant to your case. It must be served on the government agency 16 court days before the actual hearing.

Getting the Pitchess Material

Simply put, a Pitchess motion is an attempt to obtain a police officer's records of misconduct. The individuals in charge of Pitchess material, which is usually the City Attorney, will send an attorney to try to block that information from getting into the hands of a defense attorney.

My job as a criminal defense attorney is to gather whatever information I can to help my client, and if that means finding information that a police officer lied or made a false police report and I can show that to a jury or a judge who is ruling on my motion, it's critical.  So, that's why we make Pitchess motions.

We're trying to get information.  Sometimes you can even get witnesses who have complained about the police officer.  You can try to get them to testify to bolster your client's case and say to the jury or judge, look, they're saying the same thing my client is.

Do you think everybody's lying?  This police officer is not telling the truth.  They fabricated things on other police reports.  You shouldn't believe them and throw out any statements, any search, or any testimony they are using against my client.  Often, if you can be successful with that, you get the whole case dismissed.

So, Pitchess motions are a crucial part of the criminal justice system.  But you don't do them in every case.  In some cases, whether or not the police are dirty isn't going to help your client.

Suppose other witnesses or video evidence show your client committed the crime, and the police aren't vital witnesses. In that case, it usually doesn't matter whether or not they've done anything wrong in the past. You have to tie the Pitchess motion; the information about the police officer to the testimony of the police officer is usually against your client. 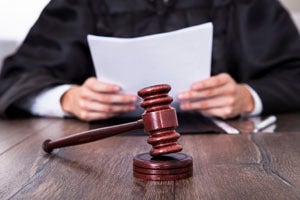 If you can't do that, then the Pitchess motion is a waste of time, and the judge is not going to grant it, and even if the judge did give it and you found information, the prosecutors will use other evidence to prove your client guilty.

So, if you or a loved one is charged with a crime and you think the police officer did something wrong, they're going to provide critical evidence to prove you're guilty, pick up the phone now.  Ask for a meeting with me.

I've been doing this now for 30 years.  I've worked for the District Attorney's office.  I've worked for a Superior Court Judge, and since the early 1990s, I've worked for people just like you as a criminal defense attorney, defending them and getting unbelievable results. The Hedding Law Firm is located in Los Angeles County, and we offer a free case review by phone, or you can fill out our contact form.