The Judge will set any bail. For example, most people are being released for first-time DUI cases on their own recognizance.  But, if you have a high blood alcohol level and the judge at the time of the arraignment will ask the prosecutor what the blood alcohol level was in this case, they will make you do AA meetings in exchange for an OR release, where you don't have to post any bail. So, that's something to discuss with your attorney. That's a slight wrinkle on the Van Nuys DUI court as these cases go.

As far as the felony DUIs go, those are arraigned in Division 100, on the third floor of the Van Nuys Courthouse.  Most of those bails are set at $100,000.00, but if the injury is not that bad – in other words, it's just soft tissue injuries – we can often get the bail reduced from $100,000.00 down to something more reasonable. Again, depending on the facts and circumstances of the case and what your criminal record looks like.

What Does A Resolution Look Like in a Van Nuys DUI Case?

It depends on a host of factors, but assuming it's just a first offense with no prior criminal record and there's no lousy conduct – like driving over 100 miles an hour or getting involved in an accident, hurting somebody, driving dangerously or recklessly on the streets. There are a lot of different factors that kind of up the ante as far as a DUI case goes. 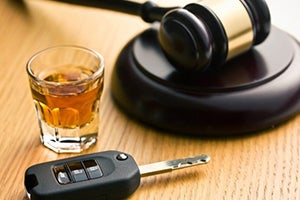 But assuming there's nothing too dangerous to the community and the public going on, you're typically going to be looking at the minimum fine, which is $390.00 plus a penalty assessment of 200%. So, that puts it at about $2,000.00. You can either do some community service to knock that fine down significantly, or you can make payments on the fine depending on your financial status. The reason for the 200% penalty assessment is that's how the courts collect their money.

They're charging a lot of dollars to be able to run, and that's one area where they get a lot of money. You're also probably going to be put on probation for three years. You'll have to do an alcohol program. There's a three-month, six-month, nine-month, eighteen-month, and a thirty-month alcohol program. All of this is negotiable, again depending on the facts and circumstances of your case and how good your attorney is as far as negotiating on your behalf.

Other things that you can get as a punishment would be community service, Caltrans, the VIP program, a one-day seminar put on by Mothers Against Drunk Driving. They can also have you do the hospital and morgue program, and of course, jail is available on a first offense up to six months in the county jail.

They take these cases seriously because you're driving with a very heavy vehicle, and you can injure or even kill people. So, once you start using alcohol and driving, that's when the courts feel like they need to get involved – take the bull by the horns – and punish you and put in preventive measures against you so that you can't hurt anybody or yourself in the future.

Best Strategy If You Have A DUI Case

You want to get a defense attorney who knows the courthouse, the prosecutors, and the judges. I pride myself in having handled thousands of DUI cases in the Van Nuys courthouse over the last twenty-five years, and I've developed relationships with prosecutors, judges, and court staff, which I think is essential in getting the best possible resolution as far as a DUI case goes.

One of the big things that need to be done is to get a strategy together. So, we sit down and talk in a frank manner about your case and what can be done, what we should be shooting for and whether or not it's a case that can be defended, or whether or not it's a case where a lesser charge is appropriate, or whether it's a case for really doing damage control in trying to keep you out of jail and keep you from receiving some of the worse punishments that are available for a DUI case.

So, these are all considerations, and not everybody's case is the same. Somebody who blows a .08 versus somebody who blows a .20 or greater; those people are going to be treated differently. It's essential that if you fall in the middle of those two – or even if you fall on those two – we decide exactly how we're going to handle the case and what the strategy will be.

If you have a DUI case, you want to get the best resolution. You want to make the best decision, and the way you do that is to hire the best attorney – someone who has done these cases before, knows the prosecutors, knows the location, knows the judge's tendencies, and knows what it takes to get you a result that you're happy with under the circumstances of your DUI case.