What are Considered Burglary Tools?

If, on the other hand, you're lurking outside a house and it looks like you may be interested in burglarizing the home, and you've got a crowbar, you've got a match, you've got a bag, you've got some gloves, now we're talking an argument for burglary tools.  So, it just depends on the circumstances of the case. Our Los Angeles criminal defense lawyers will review it in more detail below. 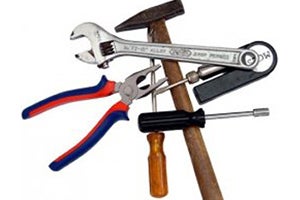 Another area where a see possession of burglary tools has to do with burglaries of automobiles.  Some people will possess spark plugs, for example, and they just touch the window of a vehicle with the spark plug, it will shatter the window, and they can get in there and burglarize the car.

Other items can be possessed related to burglarizing vehicles.  So, that's another area where you'll see burglary tools. So again, when you're evaluating whether it's a good possession of burglary tools prosecution as a defense attorney and help your criminal defendant out, you want to make sure that there's no sort of a defense for it.

Because if there's a defense, you're going to use it obviously and explain to the prosecutors that these things are possessed innocently.  Here's why the person kept them.  Here's the reason for it.  You don't have any evidence, prosecutor, that the person would commit a burglary of a store or vehicle.

Circumstances of the Case Are Critical

So, these are the types of things you're looking at when talking about possession of burglary tools.  You're looking at what would the person potentially burglarize?  Once you assess that, you can determine whether it makes sense that the devices themselves are being possessed for some sort of burglary.

And also, you have to remember; the person might have an innocent reason for possessing the tools or whatever it is they're keeping.  If they can explain that reason and if the circumstances make sense, they would strongly argue that they do not possess burglary tools for doing anything.

Again, most of the stuff that's going to be possessed can have a clear purpose, but if it's owned in combination with other tools. It's included to attempt to do something where it's clear you're going to burglarize a house or a car or a store; then obviously, you're not going to be able to get away with that.

So, come and sit down with someone like me who's been doing it twenty-five years.  We can talk about whether it is a good possession of a burglary tool case or if, on the other hand, it's simple possession of innocent items.