What to Consider in Hit and Run Cases

First of all, many people believe you can't have a hit and run if the accident you were involved in wasn't your fault.  This is false.  Any accident you're involved with, even if it's not your fault, you have to stop and exchange information with the person.

I can't tell you how many hit and runs I've done in Los Angeles where my client gets in an accident and leaves the scene.  The other party waits there, calls the police, and that's it; they've got the hit and run. I had one client sitting at a red light waiting for it to change, and somebody rear-ended him.  He drove away because he did not have a valid driver's license. 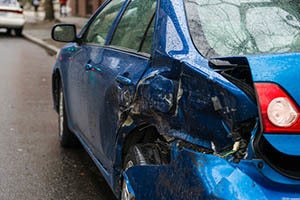 Instead of a nice accident where he can collect some money for his pain and suffering and get his car fixed by the other party's insurance, he's got a hit and run case.  He's got to go to criminal court, and it even looks worse on the driver's license when you get that hit and run conviction. So, it doesn't make sense why somebody would do that, but sometimes people panic.  Sometimes people make bad decisions, and then they're in a position where they don't know what to do.

I can't tell you how often I've had a hit-and-run accident, and the client waits months and even years to deal with it.  They bury their head in the sand.  They assume the worse — which is not a good thing to do — and then they put themselves in a position where they're looking at possible jail time when they get out.

So, nobody wants to be looking at a jail sentence. Our Los Angeles criminal defense lawyers will review this topic in more detail below.

Reviewing your Hit and Run Case

You want to get in there as fast as you can, hire a defense lawyer like me who knows the ropes and can help turn the tide back in your favor.  But what happens in these hit and runs in the San Fernando Valley is that there are so many of them that the police have a stack of cases on their desk.

So, if it's not some horrible injury or somebody passed away, they'll get to it when they get to it.  And again, there are so many of them.  There are thousands of drivers in the San Fernando Valley and hundreds of hit and run cases.  Sometimes, it takes weeks or even months for the police to do something about a hit-and-run case.

That's why it's so crucial that you have the opportunity to get your side of the story in there.  You have the chance to do the right thing by handling your hit and run case the right way.  So, don't bury your head in the sand. Please don't put yourself in a position where you're worried about it.  Take a proactive stance on the case.  Get your attorney right away and make some of the moves necessary to get yourself taken care of.

Often, I've had cases where we can work things out with the other party you hit, and the police don't file any charges.  Even when they do file charges, I'm often able to get what's called a simple compromise where the prosecutor agrees to dismiss the charges as long as the other party signs a document saying they're satisfied.

So, if you've got a hit-and-run case, you must get to an attorney as soon as possible.   Talk to him, be honest, tell him what happened.  I wouldn't say I like it when people don't give me all the information because they often put themselves in the wrong position.  You don't want to be in the wrong place.