It appears that California is attempting to do away with bail bondsmen.  What they're doing — again, it seems because everything hasn't been all structured up and set up — but it looks like it's very similar to the federal system where a bail bondsman is not used. California will become the first state to abolish bail for suspects awaiting trial under a sweeping reform bill. It's called the California Money Bail Reform Act. 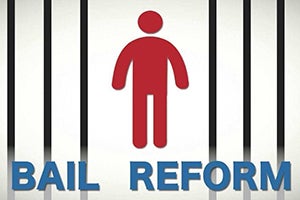 Also, many things that are being done in the federal court that appear may be considered in the state courts across California is what's called a signature bond, where the person signs and says that they will promise to appear in court.

The person can do it.  That's called a signature bond, where for example, they sign something saying that if they don't appear, they owe the court $25,000.00. In a typical domestic violence case, the bail is usually set at around $50,000, which is relatively high. The bond companies typically want some collateral and charge anywhere from seven to 10 percent for the premium.

But, if the person didn't show up or make their court appearances, the individual who signed the signature bond would be responsible for paying whatever the amount of the signature bond.  I don't understand why California is changing the bail system. I've been doing this for twenty-five years, and California's bail system seems to make a lot more sense to me than the federal system.

In my opinion, it appears to be targeted at bail bondsmen throughout California.  In Los Angeles, I think bail bondsmen are viewed as seedy and not operating in such a way that promotes justice.

So, I think the government is targeting the bail bondsmen.  I think there's still a chance that somehow this changing of the bond system could be fought and hopefully defeated, but it's still unclear what will happen in the future.  You know, the legislature and the voters come up with new stuff.  Often, they don't think about the implementation of this system.

A new bail system will create havoc, chaos, and confusion.  But eventually, if it does go into effect, you'll be able to figure it out and deal with it. Using an excellent criminal defense attorney will benefit you in getting bail, getting out, and getting justice for yourself.