Consequences of a Domestic Violence Conviction

If you're convicted of a domestic violence or spousal abuse case in Los Angeles, you could be facing up to a year in custody.  The sheriffs in LA county usually will let people serve only 10% to 25% of their sentence as posted on the website.

However, they will keep domestic violence defendants longer in my experience than the average inmate.  That's one of the crimes that the sheriffs have decided that people should do more of the time for whatever reason.  So, that's one serious consequence of getting a domestic case — you're looking at jail time and serving a higher percentage than the average inmate in Los Angeles county. The penalties for a domestic violence conviction will depend on various factors.

Another thing that you will be facing is a ten-year gun restriction.  What that means is, if you get convicted of any domestic violence-related offense, then you will not be able to own, use or possess a gun or ammunition for ten years.

I can't tell you how many people, after getting a misdemeanor domestic violence case, foolishly go to the shooting range, give their fingerprints to shoot their gun or buy bullets, and later on, here come the authorities arresting them sending them a letter to appear in court.

So, if you value your ability to own, use or possess a weapon, you don't want to get convicted of a domestic violence case. Of course, the policy and theory behind this are if people who can't control themselves and get involved in domestic violence disputes and arguments and resort to violence shouldn't be allowed to have a gun because they're much more dangerous than the average person who doesn't have these type of issues. Our Los Angeles criminal defense attorneys will explain further below. 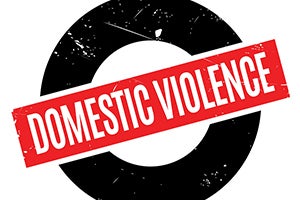 This course is designed to educate and help you and deter you from committing future domestic violence-related offenses, curb your anger, and give you tools to not get yourself back in this position again.

Also, in your standard domestic violence case, you're looking at three years of probation, which means don't get in trouble for three years.  Don't pick up any new cases.

If there was alcohol involved in the situation, you might have to do some AA meetings.  It depends on what happened in your case and what your attorney can negotiate for you related to your conviction, but the legislature requires that domestic violence course.

Those who fail to do that or get kicked out of the class, or mess around with it will typically face a 180-day jail sentence in place of that domestic violence program.

But if you continue to violate your probation, continue to pick up new cases. The prosecutors and judge will up the stakes and give you much harsher punishment.  Sometimes probation can go as long as five years in domestic violence cases depending on the person's criminal record, what they did, how severe their actions were in the particular criminal case.

So, in addition to being put on probation, potentially having to do up to a year in jail, doing the 52-week domestic violence course, I would say those are the standard bare minimum things you will get in any domestic violence case.

Except for jail time, we can get something other than jail time a lot of times.  For example, community service, community labor, Caltrans, a fine, or some other community service-based activity, especially if you don't have a prior criminal record and there weren't harmful damages to the alleged victim in the case.

They have an eye towards not just punishing you but also deterring you from becoming engaged in your future conduct, educating you on how to handle anger-related issues, and getting you in a position where you can get your probation done, you can not have any problems with the other party, and you can move forward and not come back to criminal court.