Several years ago, I represented an athlete at a major college accused of date rape.  I won't give all the specifics about it as not to reveal who it is. However, in the end, we were able to convince the police not even to file the case in the first place. California Penal Code 261 defines the crime of date rape.

It was a bit of a ridiculous case sex crime case, but still, when you're staring down the barrel of an allegation of rape, it's terrifying.  I even had to fly out to the school and help represent him in the hearing that the school had to see if he would be expelled from school.

Fortunately, we were able to prevent that.  We could control the police from even taking the case to the District Attorney's office, and the claim was never filed.  My client was able to resume his athletic career in college, and hopefully, he was successful. 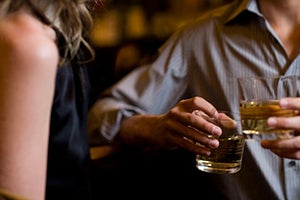 But it was one of those situations that were very weird.  He knew the girl involved.  He was sleeping in his room at about 3:00 a.m., she came in — long story short, they ended up having sex, and then her boyfriend found out about it, and now all of a sudden, he's accused of raping the girl.

The detective was very reasonable and very fair.  He realized that there were problems with her story — problems with the case in general, and I think he felt like they weren't going to have a chance to prosecute my client successfully. Fortunately, my client ended up not getting any charges filed which are excellent. Our Los Angeles criminal defense lawyer will review further below.

I hate those cases where people get arrested for a serious crime like rape, and then the DA's office later realizes that they're innocent, so they dismiss the case.  But now, the person has a horrible arrest record, so you want to try to avoid a filing in the first place.

That's what we were able to do.  Sometimes you can do that even in severe cases like rape.  The police realize that sometimes a woman will make up allegations against a person.

They realize that sometimes there's a motive behind what's going on, and in this case, I think the boyfriend found out about it. Hence, to protect her relationship and probably to her degree to protect her reputation on the campus, the girl decided that she would say that my client had raped her.

The circumstances don't make sense that he would rape her when she's coming into his room versus going into her room.

So, you have to look at the facts and circumstances of a case.  You have to talk to the client. I put my 26 years of experience as a criminal defense attorney to work in defending people in sex crimes and numerous other crimes — over 200 jury trials.

So, if you or a loved one is charged with a rape-related offense and you need help, pick up the phone and make the call.  Let me know what's going on, and we will begin the process of defending the case and handling it the right way. Hedding Law Firm is based in Los Angeles and offers a free case review by phone or fill out our contact form.