What Does a 5K Departure Mean in a Federal Criminal Case?

The United States Sentencing Guidelines match a total offense level with a criminal history category for a defendant to reach an advisory guideline sentencing range in the form of how many months in the Federal Bureau of Prisons.

This calculation is the starting point for sentencing a defendant in a federal criminal case.  The guidelines have several provisions that allow for “downward departures” from the advisory guidelines range. 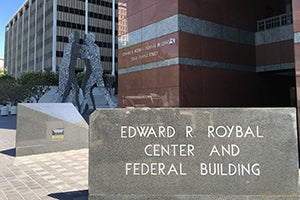 In 1987, The United States Congress passed sentencing guidelines that created the minimum and maximum punishments convicted defendants should receive. They consider the severity of the federal crime and the defendant's prior criminal history to calculate and come up with a suggested sentence.

However, certain factors allow a federal judge to make a “downward departure” from the suggested minimum sentence, which is lower than the minimum sentence indicated by the sentencing guidelines.

The judge can grant a motion for a downward departure submitted by either the federal prosecutor or criminal defense attorney if they determine that justice demands the lower sentence.

There are numerous reasons why a federal judge might give a defendant a downward departure. Still, one of the most common reasons is a scenario where they provided substantial assistance to the government in the criminal investigation of a crime.

The list of possible departures, both to the defendant's benefit and detriment, is extensive under the guidelines manual.

Even if a judge is convinced a particular departure should apply under the guidelines, they still have significant discretion to vary from the guidelines based on equitable considerations outlined in Title 18 of the United States Code, Section 3553(a). Let's review this topic further below.

What is a 5k Departure in a Drug Case?

Many people are looking for answers regarding their federal case – whether for themselves or one of their loved ones who has been arrested and is facing criminal charges. Usually, I see this 5K departure really being relevant when someone faces a mandatory minimum sentence.

For example, someone gets arrested for a drug charge, and they have enough drugs or were involved with enough drugs to trigger a five or 10-year minimum sentence. Now they're trying to figure out how to avoid getting hit with that sentence by the judge, and of course, a 5K departure is one way to do it.

There are other ways, but the 5K is very effective, and that's why we talk here about what it means about a 5K departure in a federal criminal case.

What is a Proffer Session?

What you're talking about is that the person attempting to seek a 5K departure cooperates with the government.  That means they have to sit down for a proffer session where they talk to the government.

The government asks a bunch of questions about their involvement in a crime, and the government may also want to know about other crimes or people who were involved in the crime that the person is being charged with.

What is a Plea Agreement? 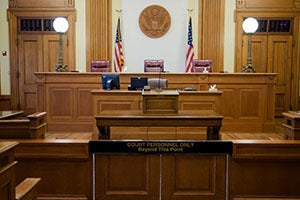 Sometimes the language will go directly into your plea agreement.  Other times, if it's dangerous for you to cooperate, they will usually give a separate agreement filed under seal.

That means you'll have a separate agreement that no one can see because it's sealed, and only the judge, the prosecutor, and your attorney will be able to see that.

Meaning, that they will allow you to go below any mandatory minimum – whether it's a five or ten-year mandatory minimum, and on top of that, and you give them excellent information, and they catch people, get drugs, get guns – whatever the case may be – then they will knock levels off your sentence depending on how fruitful your cooperation is.

Of course, they say in the language that it is in their sole discretion, which means they get to decide whether or not your cooperation was good enough.  If it was, how much benefit they're going to give you?

That's just the way it is.  Across the nation, that's how the prosecutors do it.  Many defendants don't like that because if it's their decision, then I'm in a position of what if they don't like what I say, then I'll get no benefit for the cooperation. 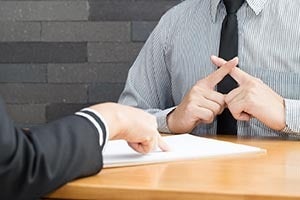 That's just the nature of cooperation.  That's just how it works.  Sometimes you can even get the judge involved because ultimately, they have to decide whether or not you're going to get the 5K departure.

So, that's a thumbnail sketch of what a 5K departure entails.  The best thing to do is to sit down with an attorney like me who's got almost 30 years of experience in federal criminal defense and give me the facts and details of what's going on with your situation.

So, pick up the phone if you need the best and have a federal criminal case.  Ask for a meeting with Ron Hedding. At the Hedding Law Firm, we offer a free case evaluation via phone or contact form.