Factors the Prosecutor and Judge Consider in a Domestic Violence Case

One of the most significant factors in a California domestic violence case relates to the injuries inflicted upon the other party. Obviously, the worse the injuries, the more likely the judge and prosecutor will want to send that particular person to jail and punish them.  The smaller the injuries are, the better the person is charged with domestic violence. 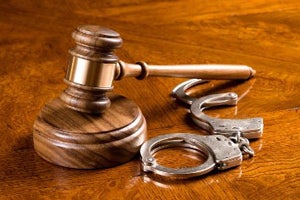 Another significant factor they look for is whether the person has any prior criminal record.  In other words, have they ever had a domestic violence case before, or is this their first offense? The more times somebody commits domestic violence or spousal abuse or injuries somebody that is their boyfriend/girlfriend, significant other, husband/wife, then the prosecutors and judge feel like they need to step in and inflict a punishment that gets this person's attention, so they don't do this anymore.

Domestic violence has become a politically-charged crime, so prosecutors and judges are cautious about what they do.  Another factor that they look at is what happened?  Was the person who is being charged the aggressor?  Does the person have any defenses?

Sometimes somebody minds their own business, doing nothing, and another person attacks them, and in the process of defending themselves, they injure the other party.

Suppose you could prove that you have an excellent defense against a battery domestic violence charge.  Sometimes establishing that is difficult because it's your word against the other person's word, and a lot of times, when you look at the other person, they have some terrible injury. Our Los Angeles criminal defense lawyers will explain further below.

I had a case recently where my client got into an argument with his significant other, and he said, you know what, I'm leaving.  I'm not going to get involved in this.  I'm not going to get myself in trouble, and the significant other was blocking his way as he was trying to leave with his bag, and he ended up, as he was going around her, she tripped and fell and hit a mirror near the door and cut her face open.

Neighbors heard the commotion, called the police, and now he is being arrested — he's not being charged for a misdemeanor — he's being arrested for a felony, serious bodily injury/significant bodily injury because of the cut to the fact.  So, this is a difficult situation, but fortunately, the evidence was available for us to show that she's the one that caused her injury and that all he was trying to do was defend himself.

So, if you've got this type of information — this type of evidence — you will be in a strong position.  But when it's your word against somebody else's word, sometimes that becomes difficult because you don't want to be in a place where you're trying to defend yourself, nobody else is there to see, and the other party is hurt.  That puts you in a very precarious position.

So really, when you start to talk about what is the judge and prosecutor going to be considering in a domestic violence case, it's something you need to discuss with your defense attorney. It's something that will spin on the particular facts of your case.

You can't just have some cookie-cutter approach to every domestic violence case.  You have to have an approach that takes into account what happened, and you also have to be aware of whether or not the other person caused their injuries.

Whether or not your client was simply defending themselves when all of this occurred and who the aggressor was, then you can start to decide as to whether or not you're going to fight the case in a jury trial or whether this is the type of case that needs to be resolved by way of a negotiated plea, and this is not always easy to decide.

And the reason for that is, those facts and details are eventually going to come up, and you want your attorney to know about them beforehand because a lot of times, I'm able to counter some of the alarming facts that are going to come up related to my client.

So, if I can counter those facts, I can dispel them and show that they're not that important in the big scheme of things.  Whereas, if those facts come up and I didn't know about them, sometimes it's tough to gather the evidence to dilute those facts sufficiently so that they don't have some horrible impact on your domestic violence case.

So, when you talk about these factors, you've got to talk to somebody who's got experience.  I've been doing this for twenty-five years.  If you have a domestic violence case, pick up the phone and call the Hedding Law Firm. Let's talk, and we will figure out the best way to handle it and get you out of the criminal justice system as fast as possible.