How are Los Angeles Courts Dealing with the Coronavirus?

It's an interesting question.  Based on the Governor's order, you would figure that all of the courthouses in Los Angeles would close down.  Unfortunately, because they are viewed as critical for criminal defense, the Los Angeles courts are open.

All 38 courts are open.  They're available for limited business.  For example, in Van Nuys, for felony cases, you have to show up for court with your attorney. If your claim is set for a preliminary hearing, you must show up for court with your attorney. The way that Van Nuys are handling them, most of the cases are in one of the courtrooms — one of the judges is picking up the duty, and the preliminary hearings are all just being continued.

The same thing in San Fernando, one of the San Fernando Valley courts, is that all cases are continued except for preliminary hearings and new arraignments.  You still have to appear on those, but those end up continuing. 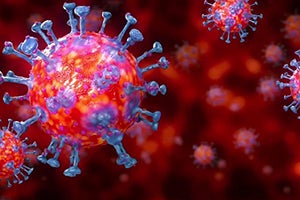 In other words, these Valley courts will not allow any real courtroom action in criminal cases because that will expose the judges, the prosecutors, the court staff, the deputies, the clients, and the lawyers to spreading the virus around if anybody has it.

So obviously, I've been going in and out of court since this virus struck.  The courts are pretty baron.  The courts are not letting any of the defendants' family members, so nobody is allowed there, and most of the more severe cases are people in custody.  There's not much milling around inside any of the courts in Los Angeles County, for that matter.

They're handling these cases right now because everything is getting pushed off into June or July.  Suppose it's an important matter, the end of April and May.  They're just moving the cases hoping that things will go back to normal in a couple of months. Our Los Angeles criminal defense lawyers will explain further below.

So, if you have a criminal case, you're going to want to hire an attorney and make sure that your case is handled the right way.  Don't just bury your head in the sand and do nothing because of the coronavirus. That would be a foolish move that would put you in the wrong position.  Let your attorney be the one that deals with the San Fernando courts.

I'm calling the clerks all the time, and sometimes if we can't get a hold of them because they're inundated with calls and issues, what we end up doing is have to go to court, and you can get in there and talk to the clerk and figure out what needs to be done.

So, if you've got a criminal case pending and need help and you're concerned because of the virus — you don't want to go to court — there's a way to avoid that.  There's a California Penal Code 977b waiver that can be filled out — even in felony cases. This is where your attorney can appear for you, and the court will continue the issue and let things get back to normal, and then you can show up and deal with your criminal case.

Avoiding a Warrant For Failing to Appear

Most of the judges in the courthouses are being very reasonable — not issuing bench warrants when people don't show up — but if you get a new case and you're supposed to appear for an arraignment, and you don't show up, they don't have any choice — they lose jurisdiction if they don't issue a warrant.

If they do nothing, your case goes away, and they're not going to let that happen.  It would help if you made sure that you or your attorney showed up to your criminal case.  In all misdemeanor cases, attorneys can appear for their clients and then continue the case for two or three months while everything hopefully subsides, gets back to normal, and then we'll go back into court.

These courts will have some real issues once everything subsides because all of these cases are stacking up right now, but there's not much they can do about it.  They can try to do what's suitable for the public's health and safety and then deal with the workload after everything calms down.