How Do Bail Bonds Work?

Felony and Misdemeanor Bail Schedules. In Los Angeles, if a person is arrested and charged with a crime, they have the right to be released while the case is pending on reasonable bail. The judges have all got together and came up with a bail schedule for each crime that a person can be charged with. The more serious the crime, the higher the bail will be. 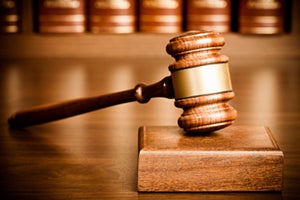 When a court decides what bail to set and considers the bail schedule, which has a felony bail schedule and a misdemeanor bail schedule, they will look at the defendant's prior criminal history, whether the person has ever had a failure to appear in court before and a host of other factors that will, of course, include the seriousness of the crime.

Also, the court will look at what the person did and assess whether they should not let them out because they might commit more crimes while on bail or if they are a danger to the public because of what they have allegedly done.

For purposes of bail, the judge is to assume that the charges and factual allegations are accurate. This makes it difficult for the defense because sometimes the costs are overinflated, and the judge is not usually willing to consider the other site to set the initial bail.

Finally, once bail is set, that will be the bail for the entire case unless the person or their attorney can show some “changed circumstances” that occurred after the initial bail was set. The changed circumstances would have to be something that benefits the defendant. For example, if some of the charges are dropped, or the prosecutor can not prove some of the tasks that made the bail so high in the first place, then this would warrant making the bail lower.

The prosecutor can place a "1275 hold" on a defendant charged with a crime in some instances. If this happens, even if the defendant posts bail, they will not be released until the 1275 hold is lifted. To lift the 1275 hold, the judge must be satisfied that the funds used to post the bond are not connected with the criminal activity the person is being charged with. In other words, the prosecutors will stop a person from bailing out with money from the crime they committed.

There are a couple of ways to satisfy the 1275 hold. The easy way is to show the prosecutor that the money used to post the bond is coming from a legitimate source, and if they do not object to the head, the judge will lift the hold.

If, on the other hand, the prosecutor objects to the money or source that is being used to post the bond, then the defendant is entitled to a 1275 bail hearing and can put on evidence and call witnesses to show that the source of the funds is legitimate and has nothing to do with the crime they are being accused of committing.

At the end of the hearing, the judge will decide if the source is good and rule on the defense's motion to have the 1275 hold lifted. If the hold is raised, the defendant can post bail and be released while the case is pending. If the motion is denied, the defendant stays in custody until the case is over.

What Happens If a Defendant Skips Bail?

Bond companies are so serious about a person showing up to every court appearance because if the defendant does not show up, the bond company will be responsible for paying the bail bond to the court. This can cause the bond company to lose a lot of money, so it is not surprising that they have bounty hunters on their payroll and are ready to go and find the person who skips bail, so they do not lose the money in question.

If a person bench warrants, the bail is not due right away. The bond company will have some time to catch the person themselves, hope the person turns themselves in, or hope that the police see them so they do not lose their money. Contact the Hedding Law Firm for help.