What Are the Best Defenses for Lewd Acts with a Minor?

Anyone charged with lewd acts upon a minor violating Penal Code Section 288 faces prison time and lifetime registration.  So, having defended these cases for 30 years, it's not surprising to me that someone would be figuring out if there's any defense to the crime.

California PC 288 PC prohibits any lewd or lascivious act with a minor, described as indecent acts or of a sexual nature. Lewd with a minor is also known as child molestation, defined as sex acts that are considered offensive to common standards of behavior and conduct regarding immoral sexual intent. 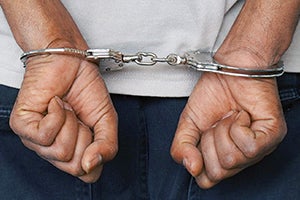 PC 288 lewd acts refer to a crime when an adult has sexual contact with a minor child by touching them for sexual gratification or causing the minor to feel for a sexual purpose.

Lewd and lascivious conduct describes sexual conduct that appeals to the defendant or victim's lust, passions, or sexual desires. Improper conduct typically requires some physical contact but no sexual penetration. If the minor is under 14, this crime is always a felony and a “strike” under California's Three Strikes Law.

Anyone engaging in sexual activity with a minor under 18 old can be prosecuted because minors can't give sexual consent under California law. It should be noted that lewd conduct typically requires some physical contact but no penetration.

If convicted of Penal Code 288 PC lewd acts with a minor, you face up to eight years in prison and a mandatory requirement to register as a sex offender under Penal Code 290 PC. Our California criminal defense lawyers will review this topic further below.

What are the Related Crimes for Penal Code 288 PC?

Every Lewd Acts with a Minor Case is Unique

So, are there any legal defenses for the crime of PC 288 lewd acts upon a minor? Of course, the answer to that question is yes, but not every situation will lend itself to the person having a defense.  Every case will have unique circumstances.

The first defense, in general, would be that you're not the one who committed the alleged crime.  That would mean that someone else is responsible.

But you have to think about that for a minute; then, why would you be the one being accused of the crime?  They're going to need the minor to indicate that you did something, some touching in a private area with the intent to arouse that minor.  The person is going to have to be under 18.

Other situations I've seen where a minor is not cooperating with law enforcement is usually a family member that visits the touching. That family member is the one that does the police report.

Then, ultimately, the person gets charged with Penal Code Section 288 and faces lifetime registration and prison time, and now they're trying to figure out what, if anything, they can do to defend themselves.

One way would be that you're not the one who did it. Another defense, in that vein, is that the person is lying about it.  Sometimes people make up allegations. 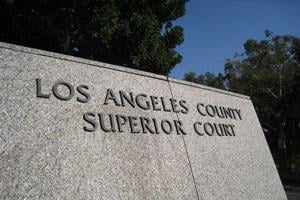 There are a lot of cases right now, as I made this post in 2022, where celebrities are being accused of conduct that would violate Penal Code Section 288, and it turns out that the person lied about it, made up the story, and has some angle.

I've seen it in a custody battle/divorce situation where the wife claims that the husband touched one of the children inappropriately.  If the wife can get the person convicted, under those circumstances, they would lose custody of the child and have a powerful position related to the divorce situation.

Another potential defense in a Penal Code Section 288 is that somehow the reason can prove that the defendant didn't know the minor's age when they touched them.

It would have to be consensual, and there would have to be evidence that it's difficult to know whether the person is 18.  That is a potential defense.  Of course, depending on the facts and circumstances of the case and precisely what you're charged with, we have to look at the elements of what the prosecutors have to prove in the case.

How Can You Fight Lewd Conduct Charges?

So, the first thing we have to do is see whether or not you or your loved one has a defense against the crime of a lewd act upon a child.  Whether or not the prosecutors can meet all of the elements in the jury instructions (CALCRIM 1110) for Penal Code Section 288. 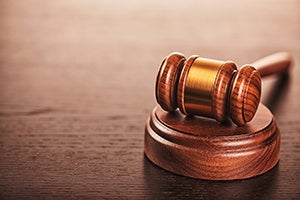 If we decide there is a defense, we will employ that defense and either convince the prosecutor to dismiss the case if they haven't proven it and can't prove it, or we'll take the chance to a jury trial. We'll get the not guilty verdict if the prosecutors can't prove that you committed this crime.

On the flip side, if there isn't a defense – if you're going to be proven guilty, then you probably want to work out a deal with the prosecutors.

Let your defense attorney negotiate with them, rather than fighting them, angering them, and putting yourself in the position where you'll probably get a much worse sentence if you go to trial and lose.

Due to the life-changing consequences of lewd acts with a minor conviction, a prefiling intervention to convince law enforcement and the prosecutor to reduce or dismiss the charges is crucial.

We could present mitigating information about your history, background, and reputation, and any legal defenses which might apply before the case are formally filed in criminal court.

So, if you want the best, you're charged with Penal Code Section 288 lewd act upon a child; pick up the phone now.  Make the call.  Ask for a meeting with Ron Hedding. The Hedding Law Firm provides a free case evaluation by telephone or use the contact form.