How Can You Get a Not Guilty Verdict in a Murder Case?

Over the last 30 years as a criminal defense attorney, I've tried many California Penal Code 187 PC murder cases at the jury level.  I've negotiated many cases, as well, so I think I have a pretty good feel for getting that not guilty verdict.

I'll give you some examples, but I think the simplest way to get a not guilty verdict in a murder case is to show that the prosecutors have not proven their case to a jury. Before we discuss this, let's first explain the murder laws. Penal Code 187 PC defines the crime of murder as the unlawful killing of another person or a fetus with malice aforethought. 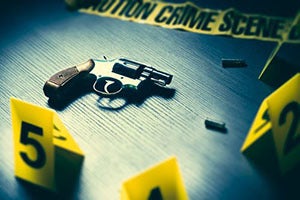 First-degree murder charges include all premeditated killings and felony murder involving a situation where someone dies during a rape, carjacking, robbery, or other serious crimes. A conviction for first-degree murder carries a sentence of 25 years to life in a California state prison.

If the killing involved torture or lying in wait, or another type of “special circumstance,” you can be sentenced to life in prison without parole or capital punishment.

Capital murder is frequently called first-degree murder with special circumstances, including killing a police officer or a witness to prevent testimony. Our Los Angeles criminal defense lawyers will review this topic in more detail below in this article.

Elements of the Murder Crime

Penal Code 187 PC murder is a very serious crime, but the prosecutors must meet the elements of California Criminal Jury Instructions 520, which talks about what is necessary to prove murder.  In other words:

Then you have to have a situation where someone has passed away, and the facts and circumstances appear to be the charged person committed the Penal Code 187 PC murder.

They had no defense.  For example, self-defense, defense of others, some mental defense; therefore, they're guilty of the murder.  That's what the prosecutors have to prove.

Showing Prosecutors Have Not Met Their Burden of Proof

It could be dangerous to go to trial on a murder case unless you know you can win, because if you fail, then your client is typically looking at some significant sentence – 15 to life, 25 to life, and:

The best way to illustrate how to get that not guilty verdict on PC 187 murder is a case that I had several years ago, where my client was charged with murder in the Van Nuys criminal court.

Now, once some of these facts started to come to light, the jury began to scratch their heads and say, wait a minute.  Just because this guy is charged with murder doesn't mean he's guilty.

How come this other guy is doing all of these other things?  So, my client had a self-defense argument, and he also argued that instead of this being a murder where he planned to get the guy when he was at his house, the guy came and attacked him first.

This means he had to defend himself; he also argued that this was possibly voluntary manslaughter. In other words, during the heat of passion, he killed the alleged victim. But, the way the prosecutors presented it, they have the victim on the other side of a 9-foot high wrought iron fence dead, away from my client, and therefore, my client shot him in the back and killed him, that did make it sound like murder.

But, they left out the part that it is unclear how that first back shot got there, and it didn't necessarily occur when a person was on the other side of the fence because there were multiple shots fired.  Again, the alleged victim was the aggressor.

So, to get the not guilty verdict, you've got to have some facts and circumstances that show the person is not guilty of the crime, despite what the prosecutors say.  You know what, you're entitled to challenge their evidence.

I had another murder case in San Fernando.  My client was involved in an incident where she had threatened to kill the alleged victim.  She was chasing the victim through the San Fernando Valley, and the victim decided to run a red light at about 100 miles an hour.

My client stopped short, and unfortunately, the victim ended up passing away, having been involved in a horrible traffic collision, and basically, they applied malice in that case. The prosecutor said because she had threatened her and because my client was chasing the alleged victim when this occurred, she was guilty of murder. 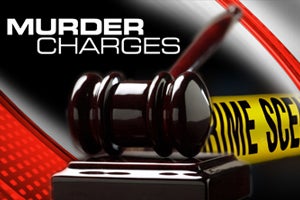 But the jury came back not guilty because the alleged victim decided to go through traffic light at 100 miles an hour at a blind intersection, my client was able to stop. My client was able to assess that that was not a safe move.  So, the argument was the alleged victim's actions were just so far out of the ordinary, they broke the chain of causation and caused their death.

My client was not responsible for the death – at least not for California Penal Code 187 PC murder – negligent vehicular manslaughter was a different charge, and that's what the jury ended up coming back with because my client was chasing because she did threaten her.

There were facts there, but that not guilty verdict in the murder case was crucial because if she went down for the murder verdict, she would be in prison pretty much for the rest of her life.

What Are the Related Crimes for Murder? 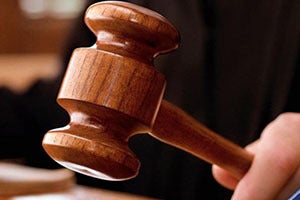 Sometimes you don't want to fight.  You've got to look at both sides of the coin, and if it's determined after all is said and done, there's a high probability my client will be found guilty of murder.  You don't fight that case unless you're forced to because there is no offer I made.

I had another murder case in Norwalk.  The offer on the case was 25 to life.  I said to the prosecutor, even if he goes to trial and loses, he's not going to get anything more than 25 to life, so you're not even making an offer in the case.

We went to trial and got a not guilty verdict again because the prosecutors didn't carefully assess their evidence.  Their main witness in the case was subject to an attack.  He was attacked, and that ended up destroying their case.

If you need the best, pick up the phone and call.  Set up a meeting with Ron Hedding.  Come face to face with me.  Let's talk about the case.  If it's for you or your loved one, I stand at the ready to help you. Hedding Law Firm is located in Los Angeles County and offers a free case evaluation by phone or our contact form.